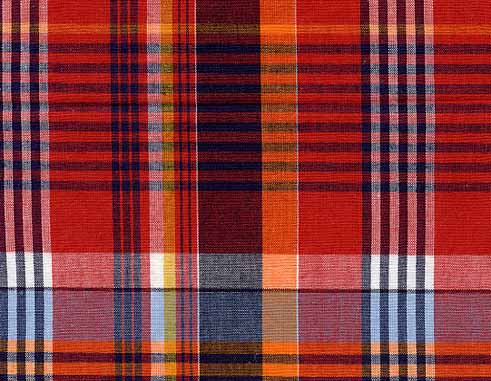 To hear some people say it one would believe that Creole (called ‘Patois’ by a majority of Saint Lucians who habitually speak it), had been elevated to the first and official language of the island. When, where, how and why the change from English to ‘Creole’ you may ask?’ Who is behind it and what is the purpose? What is the long term goal in switching from English to ‘Patois?’ These are questions with which anyone with a modicum of interest in the social and economic development of this society ought to grapple.

There was a time ‘Patois’ existed (snugly or uneasily depending on who or what you were), side-by-side with English, both seeming comfortable in their shared environment. On the surface they appeared to keep a respectful distance from each other, as other ‘things’ do in an evolving society. There was too, a certain quiet sophistication and understanding that one could call upon the other as and when necessary. True, ‘Patois’ was more widely spoken by those who were alien to formal education; it nonetheless remained a fact of Saint Lucian life that, patois was spoken and understood by most Saint Lucians including, those well versed in English.

Persons who came from overseas to Saint Lucia to teach and/or to police were different. Those apart, there was hardly any uneasiness in a man of letters switching seamlessly from English to ‘Patois’ when the occasion demanded it. The exceptions were importees, and locals who for their own reasons chose to avoid ‘Patois.’ Of course the latter included a handful of natives who frowned on ‘Patois’ associating it with unschooled ignoramuses’ thereby inviting avoidance.

So when did this seeming difference between the two spoken languages in Saint Lucia accentuate itself? When did the initiators of the rise of ‘Creole’ from ‘Patois,’ decided it was time to elevate ‘the language’ to meet (and possibly surpass) the use of English, on the island? Was there in the promotion of Creole an understanding that a ‘Creolized’ Saint Lucia stood a better chance of social and economic progress? What then was to be the role of English in this new paradigm?  Would English no longer take precedence as the official language of Saint Lucia? And would ‘Jounen Kweyol’ acquire permanency making it the fabric of our lives?

Perhaps it’s time for a frank, truthful and fearless discussion on the issue. New light on old issues may actually be welcomed by the citizenry. And speaking of light, there was a time when early ‘Patois’ (no body called it Creole then), had an air of sophisticated French culture. Back then there was a clearly discernible ‘N’ inflection at the start of many patois words dating back to an African root? If one listens closely today, the ‘N-sound’ still lingers at the commencement of some words. My maternal great grandmother used ‘N’an-Boouk,’ or ‘En-Boouk’ for (in town), instead of the ‘en-ville,’ of later generations. The ‘N’ word (and sound) existed long before it was ‘niggarised’ – and later frowned upon.

Following adult suffrage, and with the increasing emphasis on formal education, some persons may have decided that ‘Patois’ was a hindrance to the learning of English. Yet persons of my mother’s generation (and those before her) were taught English by translating simple ‘Patois’ words into English, making sense of both. That process seems to undermine the theory of Patois (or Creole) being a hindrance to the learning of English. Perhaps things have changed with pretence.

Following the universal vote and the consolidation of political parties on the island, it appeared that one party found more favour amongst the remnants of those from the earlier limited ‘qualifications’ franchise. There also appeared an increasing ‘political’ separation between those for whom English remained the preferred language and others who had mainly Creole. Over time, a once united people, easy with both languages, became exploited by politicians seeking fame … and fortune. While English remained the official language of commerce and education the new advocates who were versed in English began to emphasize the language of the popular vote – Creole. Amongst the new promoters of ‘Creole’ were to be found University Graduates anxious to exploit whatever it had to offer.

In the transformative process, aided by some graduates, ‘Patois’ quickly consolidated into ‘Creole’ which soon gave way to the hardened ‘Kweyol,’ perhaps to distinguish a new orthodoxy. As usually happens in such moments of historical change new and younger acolytes arose to lend further impetus and broader acceptance following on the work of the St. Lucia Forum, and the popular Folk music of the late sixties and early nineteen seventies.

Ironically, the St. Lucia Forum chose to pitch its best English to promote and defend Creole and give a voice to the still voiceless masses especially in Castries. The Forum aimed to convince those in government offices and in the Banks (and elsewhere) to treat Creole-speaking clients as they would any other. Those who initially found the new political lessons offensive, would in time get used to it! However, it was the Forum’s prayer that Saint Lucians would acquire competence and a more confident mastery in Creole and English alike.

At least two major folk (Creole) groups emerged on the island at the height of the popularity of the St. Lucia Forum. These two produced at popular least one long-playing album (yes, there was such a thing as an ‘LP’ vinyl disc back then). A new people were awakening! The ‘Tru Tones’ of Saint Lucia and other popular music bands (both orchestras and combos) emerged to flavour and help shape the emerging personality of the new St. Lucian, with Creole gaining grudging public recognition.

As Minister of Foreign Affairs in the Allan Louisy Government after the departure of George Odlum, I sought permission from my Cabinet colleagues (and Prime Minister Lousiy) to address the United Nations General Assembly in Creole. The plea was rejected on the grounds that the UN ought to be addressed in a member’s official language. I did not insist!

Unfortunately crass political opportunism has raised its ugly head once again and seemed determined to separate Creole from English or French or Spanish. I ask again whose decision is this. When did the speaking of Creole become an important qualification for entering the political arena in Saint Lucia? And how does Creole qualify someone to be a competent Minister of the Government? For answer one may first have to delve into the reason(s) for the very early announcement of Jounen Kweyol (JK), 2015, (scheduled for October). That it also came before May Day, (Labour Day); before Carnival, (July) and before Emancipation Day, in August, should be noted. Should we be surprised if (JK) is announced next year (2016) before Independence or before Nobel Laureate week?

By then the question ‘why such hankering after Kweyol?would hopefully have been answered, if only partially. The results should make interesting reading.