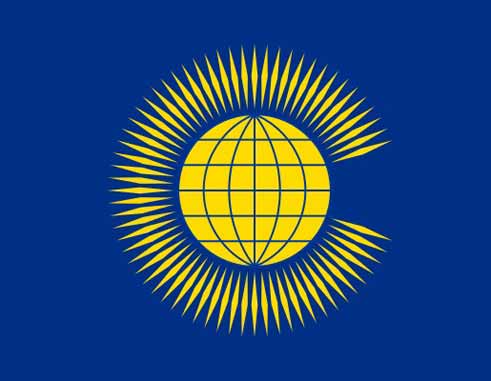 THE last rites have been read prematurely for the Commonwealth many times. But even some of its strongest supporters now believe that it faces an existential crisis graver than any it has faced before. To the usual challenge of resources have been added, in the last decade or so, the even more profound challenges of salience, direction and credibility. Can the Commonwealth be turned round, to take advantage of the unique opportunities available to an organisation with member states in every inhabited continent, of every size, and at every stage of economic development? Can it realise its enormous potential for exchange of knowledge, ideas and practices, and for brokering international agreement in crucial areas of 21st century international politics? Can it bring its collective wisdom and experience to bear on major world issues such as terrorism and extremism, human rights, climate change, and persistent underdevelopment? Or will it continue its seemingly inexorable decline and end, forgotten and unlamented, not with a bang but a whimper?

The answers will depend largely on the decisions the heads of government take in Malta this November, and in particular on the choice they make of the next Commonwealth Secretary-General. The Commonwealth, since 1965, has been very much a Secretary-General-centred organisation. The personality and skills of the Secretary- General have been crucial in setting the tone of the Commonwealth and extending (or limiting) its reach. Many feel nostalgia for the days of Sonny Ramphal, when the twin issues of apartheid and economic justice kept the Commonwealth on the front pages of all the newspapers, or of EmekaAnyaoku, when the Commonwealth was ahead of the game on a range of issues, from human rights to the vulnerability of small states.

The role of the Secretary-General is not an easy one. It needs the skills of a politician as well as those of a diplomat; a media performer as well as a manager; a leader as well as an honest broker. It needs someone deeply familiar with its work and aspirations; who knows which levers work and which do not; who can use its traditions of informality and consensus to move agendas forward rather than hold them back. And it needs someone with a clear vision for the Commonwealth, who will be proactive not reactive, able to build agreement where possible but also willing to risk confrontation when necessary. The time has passed, when continually searching for the lowest common denominator or trying to be all things to all people will lead to anything but continued decline. The next Secretary-General will most probably serve for eight years —long enough either to revitalise the Commonwealth or, perhaps, finally lay it to rest.

There are currently four declared candidates for the post. (It is possible that others may emerge, but in the nature of an organisation comprising 53 member states, late candidates will be at a disadvantage.) All four are extremely capable, but two are unlikely to get far. Doctor Bhoendradatt (Bhoe) Tewarie, Minister for Planning of Trinidad and Tobago, is a conscientious minister and an able politician, but he is hardly known outside his own country, and appears, before now, to have had little experience of or interest in international affairs. The fact that two other senior posts in the Commonwealth are already held by Trinidadians will also count against him. Baroness Scotland of Asthal, the Dominican-born former British Attorney-General, would make an excellent Secretary-General. But her position as a former British minister and a current member of the British legislature probably rules her out in an association still wary of colonial overtones. She will also have to work hard to live down the damage done to her reputation by her agreeing to advise Mohammed Waheed Hassan, leader of the 2012 coup in the Maldives, on how to avoid Commonwealth action for human rights abuses. The contest to become the next Secretary-General is therefore looking increasingly like a two-horse race.

MmasekgoaMasire-Mwamba perhaps leads the field, as the ‘safe’ candidate. With considerable experience in business (including as Chief Executive Officer of the Botswana Export Development and Investment Authority), she served two terms as a Deputy Secretary-General under Kamalesh Sharma, with responsibility for many of the Secretariat’s activities, including overall responsibility on the Secretariat side for the organisation of the ill-fated heads of government meeting in Sri Lanka in 2013. She can be expected to follow the cautious and resolutely low-key approach of the current Secretary-General. She will be the favoured candidate of those who mainly want ‘business as usual’. As the insider candidate, she starts with the advantage of wide contacts within the Commonwealth. As a woman she would be an appropriate choice for an organisation that has long stressed the empowerment of women as key to development and the building of stable democracies.

Sir Ronald Sanders also brings considerable experience of management (including in the international finance and telecommunications sectors), and of the Commonwealth as a diplomat, political commentator and key figure in the ‘Eminent Persons Group’ appointed in 2010 to advise on reform of the Commonwealth (some of whose recommendations were rejected and others accepted, though their implementation has been very long in coming). Well known and widely respected in the Caribbean and in Commonwealth circles, he combines diplomatic, managerial and political skills and a realistic appraisal of possibilities with a passionate commitment to the Commonwealth and its core values. If anyone can revitalise the Commonwealth, one feels, it is him.

Will the heads of government dare to elect a reform candidate as the next Secretary- General? The omens, it has to be said, are not good. Too many heads will just want to give themselves an easy time. Collectively, they have often chosen the path of least resistance. But if they want the Commonwealth to survive, to start punching above rather than below its weight, to start fulfilling more of its potential in ways that would benefit their own countries, they need to rise to the occasion.

(Reprinted from THE ROUND TABLE)