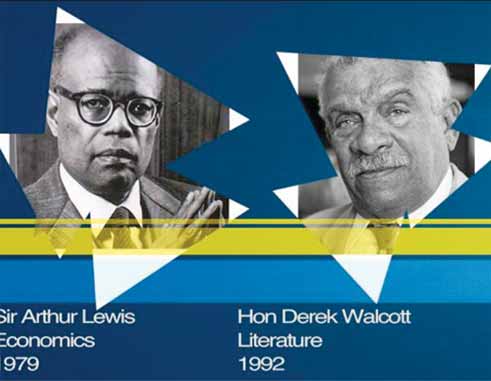 Mass and March of Identity Sunday.

The Saint Mary’s College will mark the 125th anniversary of its 1890 founding this year with a series of events planned over the next 12 months to highlight the School’s intellectual, social and cultural contributions and historical footprint across the Saint Lucian landscape and manscape and the world at large.

Saint Mary’s College, formally opened on 20 April 1890, is an all-male Catholic secondary school located at Vigie. It is the only Secondary Institution in St. Lucia, the Caribbean and the world to have produced two Nobel Laureates, the late Sir Arthur Lewis and Derek Walcott.

The anniversary theme, “The SMC Journey: 125 years of Stewardship and Excellence”, reflects the words of the school’s inspiring anthem, “In the past we’ve made our name, Saint Lucia’s Sterling sons proclaim, That St. Mary’s taught them well…” It also touches upon the founding ideal that the school should continue to provide the mould to shape students to live according to gospel values and the Catholic tradition: students who are life-long learners striving for academic, sporting and artistic excellence as well as responsible citizenship.

“Generations of SMC old boys and students have fostered and sustained a culture of rigorous scholarship, sporting and artistic excellence and generations of staff, alumni, parents, and friends have provided support that has enabled this culture to flourish. “The Samarian community continues to aspire to excellence under the eternal motto SummumAttingiturNitendo … The top is reached by striving.”

Students, staff, alumni and the whole Samarian Community will enjoy a themed year of activities and entertainment, commemorating the College’s 125th Anniversary.

The 125th anniversary of the establishment of Saint Mary’s College as a distinguished institution of learningin Saint Lucia, will be especially memorable for all of the Samarian community over the next 12 months (2015– 2016), as they will be treated to a variety of celebratory activities including themed school, alumni and public activities.

The 125th Anniversary Celebrations Committee has developed many not-to-be-missed experiences commemorating this milestone anniversary,and everyone will thoroughly enjoy the lively celebratory atmosphere of all activities during this anniversary year.”

The anniversary year started on April 20 with a special assembly held for the current almost 700 Samarians attending the school. The following and other anniversary offerings will be introduced as the year unfolds:

To mark the formal commencement of the celebrations, there will be a mass at the Minor Basilica on Sunday at 2:00 p.m. followed by a march of Samarian identity from the church to and around the Derek Walcott Square led by our current students and anchored by the generations of old boys currently in St. Lucia, dressed in our Iconic black and white and all proudly displaying the colours of their house either with the ties or arm bands.

House Meetings, which all Samarians know means social and strategic interaction, integration and networking follow a brief wreath-laying ceremony at the cenotaph in memory and honour of fallen Samarians over the years. Pledges to the SMC Legacy Fund will also be invited and contributions taken up on that day. Sidewalk displays of SMC “Greats” will be used to recall the many contributions of Samarians to Saint Lucia.

Provisioning for the next phase of the “SMC Journey”, Samarians past and present will be asked to pledge/donate $125.00 of any kind of currency (equal to or more than EC conversion) to launch the endowment fund; $125.00 representing the 125 years of existence of SMC. Contributions will go towards the establishment of a sustainable financing mechanism for current and future school maintenance and improvement projects, including two legacy projects: a School Chapel and a modern day conference centre/museum/merchandise shop for ongoing revenue generation located at the current residence of the Presentation Brothers.

Coding Club: Preparing Generation X for the world of digital technology: Using the collective competence of teachers and parents, a School “Coding Club” will be launched as one of the signature projects propelling the school towards the future.

A historical documentary of the School’s history will be presented in the form of a timeline. Well-known former Samarian, Dale Eliott, will produce and present SMC’s “Untold Story”. The production will showcase video messages, photos and special montages from the school and national archives of school history and milestone moments. Snippets of the timeline will be made visible through various media such as billboards, public streaming locations as well as the televised “SMC Vignettes” programme.

As part of the SMC tuck-shop tradition this VIP fund-raising event will be dubbed “SMC- Festive Food -Wine, Float and Cheese Social.” The Governor General of Saint Lucia will host a formal special souvenir menu, featuring the commemorative SMC school break/lunch special from at least the past five decades (Float and Cheese). In keeping with the distinction of the Governor General’s Office, a variety of cheeses and delectable “floats” will be coupled with renowned wines for the tasting. Proceeds will go towards Legacy Fund.

Short nightly televised series in which Samarians, both students and staffers, past and present tell the inside story of SMC with their memories in words and pictures, updated throughout this anniversary year. The public will savour the inventive tales of Samarians through the decades; topped with some specially brewed insights of now renowned Samarians. This will also include some sidewalk displays.