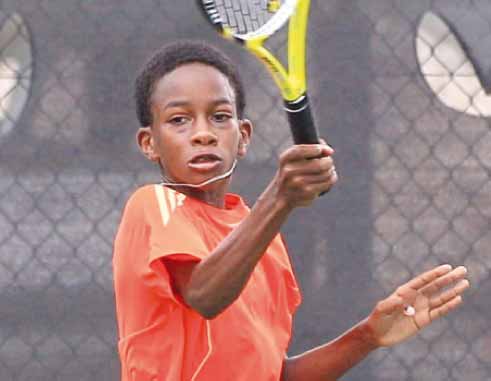 It’s the second day of the tournament today and by all indications a record number of players are set to battle it out in various categories.

The man behind the scene SirseanArlain said: “The third edition of the Renwick Open will run for a nine day period. Right now it is a very important tournament because St. Lucia is looking to host the Commonwealth Youth Games in 2017 so the 10’s, 12’s and 14’s are three of our focus age groups. This time around we did a lot of marketing to try and increase our numbers compared to last year and it did work, the 10’s, 12’s and 14’s will have stiff competition among them”.

He continued, “For the first time we are introducing a 16’s for both sexes, the big guns will be in action and they will compete in the men’s and ladies singles, doubles, 35 and over and a veterans category”.

Among the players on show will be last year’s singles champion in the girls 18’s and women’s division Meggan Williams along with Jean Phillipe Murray, MedhiniUrs, Surabhi Gupta, Netanya Faissal, Adriel Bousquet, Akim Gustave and Vilan Edward just to name a few.

Arlain is the defending Champion on the men’s side, but he is still undecided about taking part in this year because of the many duties he will be carrying out throughout the tournament.