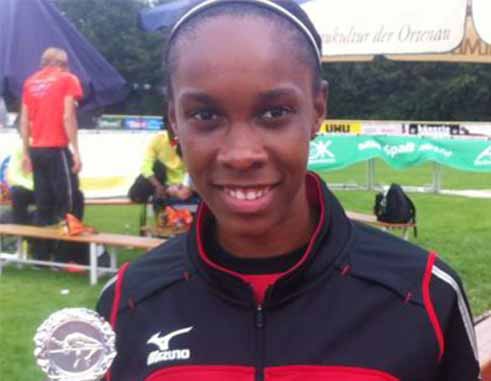 SAINT LUCIA’S Levern Spencer had another chance to compete against Nigeria’s Doreen Amata for the second time this season. The two competed at the Jamaica Invitational, along with Moya Pressley of the USA this past weekend.

Spencer the current “Sportswoman for the year” and the Caribbean’s leading high jumper, and one of the most decorated female athletes in the English-speaking Caribbean, came into the championship seeking a 1.94 metre mark to join her fellow national man JeannelleScheper in qualifying for the 15th World Championships in Beijing, China from August 22 – 30.

In Kingston, however, Spencer could only manage a height of 1.90 metres. It matched Amata’s performance on the night; Amata in turn matching her own career best height. But the 27-year-old African had fewer misses at the height and captured the first place silverware.

Spencer has so far this year cleared 1.92 metres. She has already qualified for the Pan American Games in Toronto July 10 – 26, but is still in with a chance at the NACAC from August 6 – 8 in San Jose, Costa Rica and the OECS Championships in the British Virgin Islands from July 4 – 6, to get the World Championship qualifying mark.