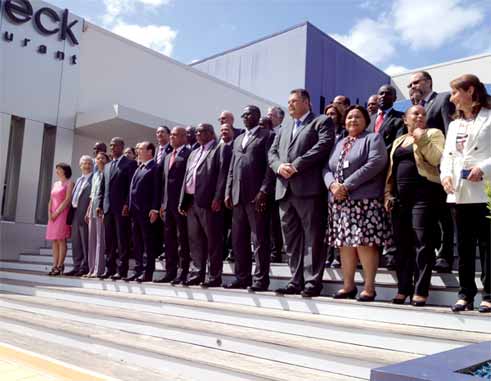 I felt (and still feel) bad that the Western leaders driving the European Union (EU), chose to stay away from Russia’s recent observance of the 70th anniversary of the defeat of Nazi Germany at the cost of twenty million Soviet lives.

There was no way the West could have won that war alone without the Soviet sacrifice, so I found it appalling that the vast majority of today’s Western leaders would choose to stay away from paying tribute to that most worthy sacrifice, just to make a political point.

I found it foolish, even ungrateful — especially as every EU leader knows that just their absence will not dent the Kremlin’s armour one bit, today or tomorrow.

I watched the Russians parade their military hardware with China and every other worthy ally present; and, as it turned out, the only ones missing – the EU Leaders – didn’t seem to be at all missed.

Be that as it may, though, I’m not at all vexed that France’s President Francois Hollande found something even better to do with the free time his EU counterparts gave him.

On the same day they would have hovered before their TV screens to see what effect their absence would have had in Moscow, President Hollande summoned a meeting in Martinique (one of France’s Caribbean ‘Antillean’ islands) of Caribbean leaders. The purpose: to talk Climate Change ahead of a major related UN conference he will host in Paris in December.

It was a strategic move. Martinique’s recent entry into the Organization of Eastern Caribbean States (OECS) has given Paris an unprecedented place in the Caribbean’s political leadership.

Hollande invited the wider Caribbean — OECS and CARICOM, Cuba and Haiti, as well as non-independent overseas territories tied to other European states, including the British Virgin Islands and the Dutch Antilles.

The French President pitched his Climate Change tent squarely in the Caribbean’s camp. He heard and shared their concerns about global warming and the potential effects of resulting sea level rises on the Caribbean island archipelago’s smallest states.

He joined their calls for those nations that emit the most greenhouse gases to pay the most to clean-up the global effects — and for more Caribbean access to climate financing.

There were other interesting aspects to President Hollande’s Martinique visit.

The French Socialist Party Leader was accompanied by his ex-wife and mother of four of his children Sigolene Royale, his immediate predecessor as party leader, who had also made an unsuccessful bid for the presidency. A member of Hollande’s inner cabinet, she is France’s Environment Minister and played a leading role in the Climate Change and related discussions with the Caribbean leaders in Martinique.

But President Hollande’s Caribbean trip was not only about climate change. He held bilateral and multilateral meetings with CARICO, OECS and other groupings. He met Saint Lucia’s Prime Minister Dr Kenny D. Anthony in his capacity as the lead CARICOM spokesman on Climate Change, as well as with other assembled Caribbean leaders on everything from their concerns about restricted access to French funds to cooperation against crime – and preparations for Paris.

Hollande also visited Guadeloupe — also a neighbouring French Overseas department — to launch a memorial commemorating slavery. Then he visited Haiti — and then Cuba.

The French President’s brief Haiti visit was quite symbolic and eventful. He pleased all, by announcing France will cancel all Haiti’s debt. But he didn’t yield to calls by the Haitians for France to repay its ‘moral debt’ to Haiti.

Haiti had paid France 150 million gold francs in 1825 as a charge imposed by the French monarchy of Charles X as compensation for loss of French property following the successful 1804 Haitian Revolution.

The total sum demanded by France was reduced in 1838 from 150 million to 90 million gold francs, which is estimated today at 17 billion euros.

Haiti finished paying off the so-called independence debt in 1883, according to official documents.

President Jean Claude Martelly has been demanding that France repay that ‘moral debt’ to Haiti to help rebuild after the catastrophic 2010 earthquake that killed hundreds of thousands and left vast areas of the poor country devastated.

Hollande remained as deaf to that particular plea as all his predecessors since the Haitian Revolution. Yet, even while one doesn’t know exactly how much that will eventually be, his decision to give Haiti a total debt write-off cannot be simply written off.

Some who misinterpreted what he meant when he said in Guadeloupe, that it was his turn to ‘repay Haiti’ when he visited the next day were somewhat miffed by what it turned out to be.

Those of us involved in the movement for reparations for slavery and native genocide would have liked that he would have announced a pay to Haiti of the 17 billion euros that was squeezed out of Haiti like blood out of stone.

But 17 billion euros can be as much as 34 billion US dollars, so one can well understand how much Capitalist France would most likely move to behead Socialist Hollande on a modern-day political guillotine if he ever even mentions the thought of repaying Haiti.

Stepping far from committing political suicide in Haiti, Hollande then made history – again – by becoming the first French leader to visit Cuba in over 200 years. Under his leadership, Paris had been leading the EU states pursuing closer ties with Cuba.

President Obama’s December 2014 initiative to restore US-Cuba diplomatic relations was welcomed by Europe and Hollande became the first EU leader to visit after Washington said it wanted to warm up to Cuba after five decades of a failed Cold War — and a cruel economic embargo that also denied Cuba billions of US dollars worth of economic and financial aid and human resources, during that period.

I was in Martinique for the historic Caribbean Climate Change Summit. There once again, I witnessed the leadership role that CARICOM and the OECS (and in this case the wider Greater Caribbean region) can and do play in ensuring the wider world and the larger nations better understand the plight of small island states in a world increasingly affected by climate change effects.

Martinique’s membership of the OECS means France will be playing a greater role with the OECS in Paris’ efforts to deepen and widen its role in a region where it has historical and actual interests. (It wasn’t for nothing that the French Environment Minister sat with OECS Director General Dr Didacus Jules at the Martinique summit.)

The role of the OECS in determining the content of the Declaration of Fort de France that followed the meeting was quite clear, demonstrating yet another tier of Caribbean leadership that can and should only (hopefully) deepen the process of regional integration in a manner that takes regional relations out of the ‘greater and lesser’, ‘more developed and less developed’ or ‘bigger and smaller’ CARICOM and wider Caribbean community.