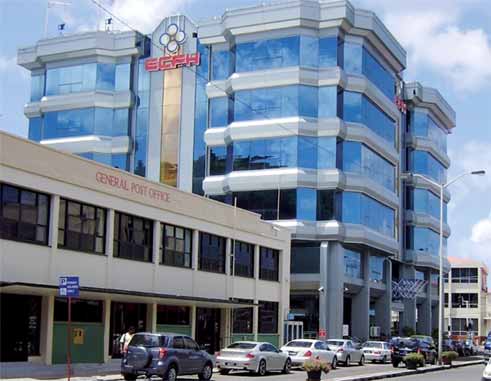 COMPETITIVENESS refers to the ability of a country to export goods and services, while increasing the incomes of its citizens. Therefore, competitiveness focuses on developing optimum conditions in the country to promote economic growth. In turn, these conditions would be ideal for producing quality exports of goods and services that create economic growth through job creation, increased foreign exchange, the creation of new businesses, increased sales for domestic businesses etc.

A country should focus on its competitiveness in order to survive both in the domestic and international arena. It is critical that policymakers focus on increasing Saint Lucia’s competitiveness as the country has experienced consecutive years of negative growth and high rates of unemployment. It is therefore important to learn important lessons from our neighbours who have attempted to a certain extent to increase their levels of competitiveness. These lessons can be tweaked to suit the local Saint Lucian economy.

Barbados has scored fairly well in terms of having a fairly skilled labour force due to a high-quality education system and high enrolment rates in secondary and tertiary education. It also has solid infrastructure and generally well-functioning institutions.

Currently, Barbados is in the process of implementing a Competitiveness Program which seeks to address some of the key areas that have constrained the improvement in the competitiveness profile of Barbados over the years. The program consists of several sub components that are currently being implemented. One of the projects that have made significant progress is the establishment of the Electronic Single Window. This system will allow traders to submit all required documents through a single electronic gateway, instead of submitting the same information numerous times to different government entities.

Trinidad has implemented a number of reforms aimed at enhancing its competitiveness. One project that is on-going which can be tweaked to suit Saint Lucia‘s case is a Foresight and Innovation Network. This project involves the development of an online social network to engage and connect champions of innovation, critical thinking, creativity and entrepreneurship in Trinidad. The project seeks to build a new generation of people with the right attitudes and mind set to build a competitive economy. The results of the program so far are as follows:
• Eleven business investment projects have been supported by this project.
• Youth between the ages of 15-18 years have received training in developing their critical thinking skills.
• An Entrepreneurship and Innovation Club was established with over 1,320 members.
• Several networking sessions for entrepreneurs have been organised.

The Government of Jamaica has focused on developing the competitiveness of its people through a number of initiatives aimed at helping students become problem solvers and innovators. Some of the initiatives launched by the education ministry include: Jamaica Tablet Program, Start –up Weekend Jamaica, Digital Jam Apps Competition and Kingstoon Animation Festival. As such, a brainchild developed by two students is the AgroCentral app. This app minimizes produce waste and supports food security.

Local farmers who cultivate top-quality produce often have a hard time selling their entire crop to the market and have to deal with spoilage. To solve this, the app serves as the first ever digital clearing house in Jamaica. It links hotels and restaurants directly with small farmers. Therefore, clients are able to identify and purchase large quantities of produce. The young entrepreneurs plan to launch this app outside of Jamaica.

(For more information contact the National Competitiveness and Productivity Council on Second (2nd) floor, Financial Centre Building, Bridge Street, Castries. We can also be contacted at 468 -5571/5576/5552 or visit the Council’s Facebook page at https://www.facebook.com/stluciancpc or email at stluciancpc@gmail.com)