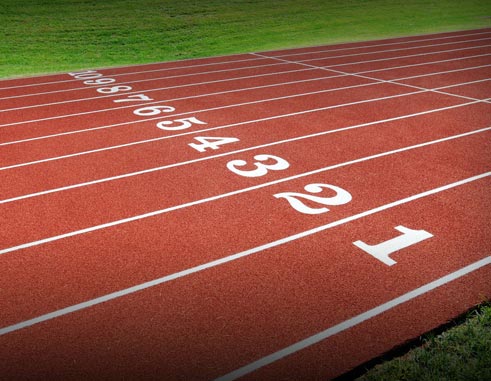 July 29, 2017 appears so far away for some, but literally counting it’s less than 800 days to go for what’s supposed to be the opening of the 6th Commonwealth Games in St.Lucia.

It has been the talk of the town amongst athletes for some time, that the most worrisome issue is the government is ability to prepare the George Odlum Stadium for the event, as track and field will be the number one sport. The stadium in Vieux Fort has housed the St. Jude Hospital since that facility was destroyed by a mystery fire on September 9, 2009.

November 11, 2011 St.Lucia was awarded the games. The decision was ratified at the Commonwealth Games Federation General Assembly in St. Kitts by the organisation’s Executive Board after St. Lucia expressed an interest in hosting the event. The St. Lucia Olympic Committee were handed the responsibility of hosting the Games but last week Tuesday during the Prime Minister’s, Budget statement in the House of Assembly, he raised the alarm and concern about St. Lucia’s ability to host the event.

It was food for thought as the Prime Minister stressed on whether St. Lucia should utilize the scare resources at its disposal to invest in domestic infrastructure and youth development as against hosting the event for “honour, prestige and exposure of our athletes”.

As far I am aware Matthew and Mc Lean are no longer on St.Lucia and the former Youth and Sports Director Reid has retired from the government service. Have the above mentioned three been replaced and when was the last time that body met to discuss the Games?

A meeting was held in February between Richard Peterkin, Chairman of the Commonwealth Youth Games 2017 Local Organizing Committee, and the relevant National Federations, LOC member Fortuna Belrose, who is President of the St. Lucia Olympic Committee / Commonwealth Games Association as well as Permanent Secretary in the Ministry of Youth Development and Sports; and Cabinet Secretary Darrel Montrope, representing the Government of St. Lucia. Also present at the head table was Jim Xavier, Director of Youth and Sports.

The Cabinet Secretary informed the participants that the Government of St. Lucia had reiterated their support for the nation’s hosting of the event and that in preparation for the Games a five-member ministerial sub-committee has been appointed to provide impetus to the planning and mobilization. Montrope also appealed to the National Federations for the early presentation of specific and realistic budgets so that the requisite resources could be identified and acquired, in light of the challenging economic realities.

What is the status and findings to date? There have been no answers coming from that body.

We seem quick to forget, but speaking on the issue of housing the expected 1000 athletes and 250 officials, the Chairman indicated that there were two options being examined. The first and preferred option was to construct an Athletes’ Village consisting of housing units which would be used during the Games and subsequently sold to St. Lucians. The second option would involve the use of existing hotel accommodation. Peterkin indicated that a location in Vieux Fort close to the George Odlum National Stadium appeared to be the most promising.

Belrose, also appealed to the National Federations to communicate and share plans for the identification and development of potential athletes able to participate in the Games and to work closely with the LOC and Government to ensure that St. Lucia delivers a successful CYG 2017. Representatives of the various Federations took the opportunity at that meeting to air their concerns, ranging from the suitability and preparation of venues to the possible clash of the dates of other major international sporting events.

At the time she was the 1st Vice President of the St.Lucia Olympic Committee and a member of the Commonwealth Games Federation, Belrose challenged the young athletes and coaches in attendance at the annual Sports Awards of the St.Lucia Athletics Association in 2012.

She said: “The awarding of the Commonwealth Youth Games in 2017 to St. Lucia did not just happen. A series of efforts were initiated to ensure that the country was given the right to host the Games. This included consultations, negotiations, obtaining commitments and engaging our counterparts in the Olympic and Commonwealth Games Movement regionally and internationally.

“It required having credible people in the international arena – we have Richard Peterkin, the President of our Olympic Committee who is a member of the International Olympic Committee, and Alfred Emmanuel who has been on the circuit for a while, and of course your humble servant who serves on the Commonwealth Games Federation Board. It also necessitated, that we had support from both government and opposition to seal the deal”.

She continued, Now that we have that right to host, we must ensure that we continue to engage in all the required processes to facilitate the successful delivery of the Games and its legacy. We can do so by embracing the concept of three simple A’s. Planning ahead, thinking across by looking at the best practices and thinking again meaning revisiting our plans and strategies to ensure that they are relevant at all times.

“The awarding of the Commonwealth Youth Games in 2017 to St. Lucia provides a platform for a fresh approach to our overall development. St. Lucians have been cultured to be dependent and move only when they are pressured or excited. Planning effectively for the 2017 Games means that we have five years to make maximum use and capitalize on the opportunities the Games present and those who will be charged with the responsibility for moving the process along have an ideal environment to prepare our country and people”.

So how come we are now virtualy in limbo with the Games?