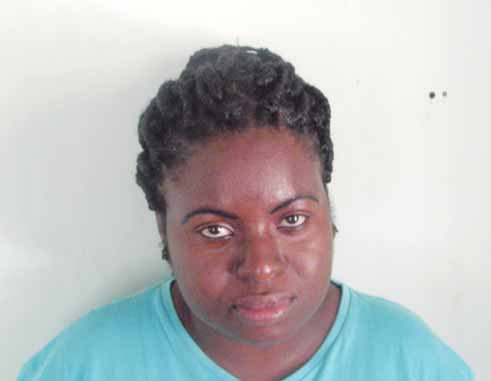 INCIDENTS of praedial larceny are on the rise in the south of the island, spiraling because of a ready market that is available for stolen crops.

According to Kashe Mitchel, supervisor of the Praedial Larceny Unit (southern branch) of the Ministry of Agriculture, the problem is posing a challenge to the unit, straining its limited resources.

The unit which has its office in Micoud has a complement of nine staff comprising eight Special Reserve Police Constables and an administrator. The unit which covers Praslin, quarter of Micoud to Soufriere has one vehicle assigned to it.

“If there is no market for stolen crops, there will be no need for people to steal…,” Mitchel said.

She lamented that the people who purchase the stolen items were well aware that those persons who sell to them “for next to nothing” do not own farms. She said that the main culprits are the “jumbies” .

“They (jumbies) try to make a quick buck by stealing crops to maintain some of their bad habits,” she said.

Mitchell said the main crops that are stolen are wild yams, dasheen, plantains and bananas.

She said her unit has targeted the market area in various communities in order to catch the thieves and those receiving the stolen items, but has not had much success in that regard. “We do a lot of surveillance at the market place, both in the morning and late in the afternoon,” she said.

According to Mitchell, the unit has not been able to catch anyone actually stealing crops, but on many occasions it has been able to effect an arrest as soon as an offence is committed, with the help of the public. She added that the public has been very cooperative with the unit. The fine for praedial larceny is $10,000 or two years in imprisonment, or both.

However, according to Mitchell, despite such powers, the unit usually obtains a warrant before doing any searching.

According to her, persons who are charged are usually convicted and sent to jail because most times they are unemployed and unable to pay the fines.

She is calling on individuals who purchase stolen crops from persons who steal from farms to desist from such illegal and dangerous practice.

“This has health implications. You never know the date the farms have been sprayed and the type of chemicals that was used,” she warned.

She added that bona fide farmers are issued with I.D cards which are issued to them after completing a farmer’s certification programme. She advised vendors or anyone purchasing agricultural produce from persons whom they do not know to ask for such I.D in order to avoid being arrested and prosecuted.

Over the years, a number of farmers in the south of the island have been complaining that their livelihood has been severely affected by thieves.