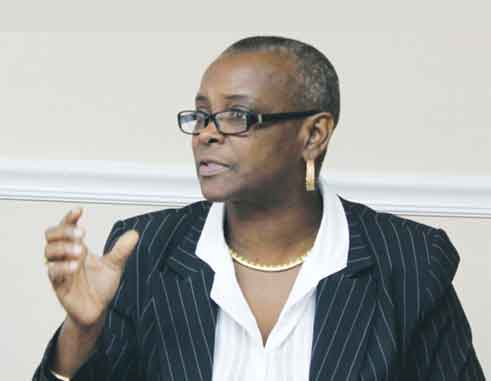 FOR any one to be successful in competitive sports one must be in good physical condition, so with 15 months to go before the 2016 Rio Olympics it is not too early for one to ask the question, how many athletes and medals is St. Lucia targetting this time around?

For 20 years, St. Lucia has celebrated the Olympic tradition by sending its athletes to compete. Next summer that tradition will continue in Rio. Now on the other side of the coin one may ask how are we going to approach the actual preparation of the athletes we currently have in the pool in seeing them attain qualification for the games.

These questions are directed to the presidents of the 20 national sports federations under the St. Lucia Olympic Committee banner and the President of the SLOC who also happen to be the Permanent Secretary in the Ministry of Youth Development and Sports. After all, the SLOC will be responsible for the athletes once they become eligible.

To date, and as far as I am aware, there is nothing whatsoever to convince me that our appearance at the sixth summer Olympic Games will be any different from the past. We seem happy enough with the likes of two time Olympian Levern Spencer, the in formJeannelleScheper along with Corneil Lionel, Rick Valcin, Albert Reynolds who have all qualified for the Pan Am Games in Barrie, Ontario, Canada in July, but interestingly that squad must attend a training camp in Canada in early June.

Meanwhile, the other major athletic championships for the remainder of 2015 will be the Central and America Caribbean Games (CAC) in Mexico, NACAC Seniors in San Jose, Costa Rica in early August and the IAAF World Championship in Beijing, China also in August, so that leaves us with exactly one year to prepare for Rio.

The local Olympic committee has remained silent as to the way forward in ensuring that this time around the athletes that may or will participate or even represent St. Lucia have what it takes to at least make a bronze podium call. The SLOC must keep in mind that an athlete of the caliber of the likes of Scheper, Reynolds and Stephanie Lovell are required to carefully plan their preparation in order to reach their peak in their respective events. They will have to take into consideration not only the physical, technical, and tactical aspects of their preparation, but also the psychological.

We seem to be taking this Olympic thing for a joke or in simple terms, a joy ride, and just see it as mere participation for all. I am more than certain Grenada will be looking for a 400m gold medal performance from Kirani James. In fact Grenada will be hoping to double their medal count in Rio, but can we say the same.

Where are the guidelines to plan for the way forward and the collective responsibilities which will enable us to score big in Rio de Janeiro. Come July 2015 it will be one year of the four-year preparation that was mentioned three years ago. Anything after July 2015 can best be described as the most crucial year for the athletes we expect to represent us in Rio, since it is the last opportunity to meet the Olympic criteria.

Like anything in life the athletes will have to cope with stress on and off the track, boxing ring or water due to the fact that not only their coaches and the entire professional staff, but also the St.Lucian public at large will be anticipating that they qualify for the Olympics.