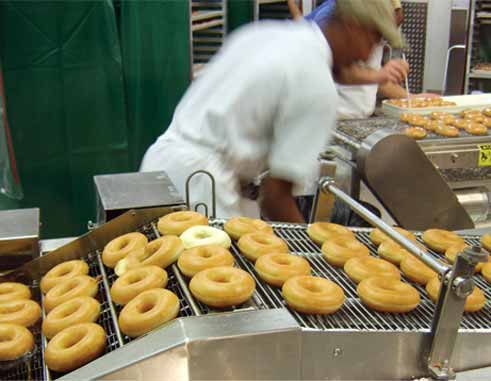 AS the issues of productivity begin to take centre stage in Saint Lucia, it is important to note the difference between productivity and production. Making this distinction is critical for businesses as it is quite possible that production/output may increase without a corresponding increase in the levels of productivity.

Production is defined as “the process of using resources/inputs to add value to a product or service, so as to meet the needs of the customer” (Business Studies Online). In the production process, input/resources include land, labour, capital and enterprise. During production, value added is applied to raw materials resulting in a commodity or service or the output of the firm/organisation.

On the other hand, productivity is the ratio between the output (goods or services) produced and the inputs used in producing that output. It therefore, measures how efficiently the production inputs such as labour (workers/employees), capital, land, etc. are utilised in an economy or a firm to produce a given level of output.

(1) An increase in output while the levels of input (labour, land, capital) used remain the same (unchanged);

(2) Output is increasing at a greater rate than the levels of input.

(2) Output is falling while increasing the levels of inputs.

Therefore, productivity refers to an efficient utilization of resources. It relates to the entire functioning of an organisation or economy. It details how working effort, money and materials are converted into products and services that can be sold at a competitive price on a competitive market.

Productivity is regarded as one of the key drivers to economic growth and sustainability. It is placed very high on the agendas of governments and international agencies and it is important that an accurate interpretation of the term is understood by all. Furthermore, it is through this understanding that productivity levels can be measured and interpreted correctly.

Thus, when differentiating between the two terms, one should remember that productivity is the ratio of output to input in relation to production. It is also a measure of the efficiency of production. High levels of productivity leads to an increase in a country’s economic well-being.

(For further information on the distinction between productivity and production contact the National Competitiveness and Productivity Council on Second (2nd) floor, Financial Centre Building, Bridge Street, Castries. We can also be contacted at 468 -5576 or visit the Council’s Facebook page at https://www.facebook.com/stluciancpc or email them at stluciancpc@gmail.com)