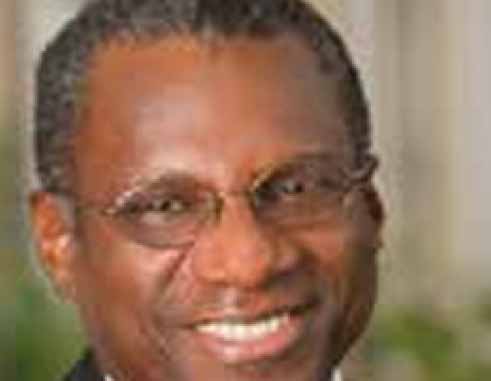 First in a three-part series of an address by Terrence W. Farrell, Economist. to a tripartite meeting of the Barbados Social Partnership, the Barbados Private Sector Association last weekend.

IT is difficult not to feel a sense that as a region we have not done as well as we should have. I sometimes use a simple graph showing a comparison of GDP per capita of Norway, Singapore, Barbados and Trinidad and Tobago over the last 50 years. Norway was ahead of us even then and became a significant oil and gas producer in the early 1970s with the development of the North Sea acreages. Its lead has widened even further. Singapore, which at the start had a per capita income about half that of both Barbados and Trinidad and Tobago, has left us in the dust. And Singapore has no natural resources! Some of us might well say: “So what? We like it so! We are free and happy! Lee Kuan Yew was a ‘dictator’ and Singaporeans are nowhere as happy as we are!” Personally I have difficulty with the notion that real happiness coexists comfortably with poverty, crime, wealth and income inequalities, the frustrations of inefficient public and private service, and the real risks of disaster we face in a hurricane and earthquake prone region.

The core of my discussion this morning is growth. But it seems that, rather than growing, we have been adjusting forever. Structural adjustment, IMF programmes, the debt trap, were the conversations we were having when I was a young economist in the 1980s. The conversations today are still about adjustment, IMF and debt! In Trinidad and Tobago, we had a nice long run between 1992 and 2008, 15 years of uninterrupted growth and decent economic management, though somehow we managed to have six general elections in the space of less than 20 years! In the last five years, in the wake of the global financial crisis and a weak energy sector, growth in Trinidad and Tobago has been anaemic. Jamaica has not been as fortunate. The formal economy there has struggled for almost 40 years now since it was derailed by Michael Manley’s failed flirtation with socialism. I say the formal economy since by some estimates the informal economy in Jamaica is about one-third of the formal economy. Remittances have been keeping the Jamaican economy afloat. Guyana is only now recovering from Burnham’s failed economic policies – something called ‘cooperative socialism’. Barbados did well until this recent crisis which has exposed its vulnerability and its slowness in evolving a diversification strategy in the context of a fixed exchange rate policy. But more of Barbados later. It is hard to find any shining lights in the region. “Ah, Dr. Farrell” you are thinking, “You are much too negative, too pessimistic, too much the ‘dismal scientist’!. Surely we can become shining lights to the world, beacons of social peace, prosperity, pride in ourselves, and the promise of great tomorrows for our children and grandchildren”. We could and we should. But we first have to be honest about our track record since Independence.

Regional Initiatives
Regional institutions and initiatives have fared even worse than the national economies. The CSME is on ‘pause’ and without committed leadership, CARICOM is unravelling. The UWI is regional in name but no longer in fact. A Bajan can experience university life without building friendships and relationships with another West Indian, opportunities which those of my generation certainly had and found invaluable. The numbers attaining tertiary level education have increased but there are legitimate concerns about quality. The state of regional air travel has not improved. A new fight is brewing over LIAT. It is astonishing that 50 years after Independence some people are seriously arguing for the retention of the Privy Council and have refused to accede to the jurisdiction of the CCJ. The fortunes of West Indian cricket are emblematic of our failed regional initiatives. Is it not ironic that many of our leaders in the region are the graduates of the UWI?

As Caribbean leaders have lost faith in regionalism, they have cast about wildly for lifelines. ALBA, the European Partnership Agreement, Petrocaribe, China, or Taiwan, and we have looked hopefully at Barack Obama, perhaps expecting that a black U.S. President will be especially sympathetic and generous to these mostly black islands sitting on his doorstep.

But although we in the Caribbean all love Barack Obama, we should not lose sight of the fact that Obama is an American whose job as President is to promote American interests and that America’s interests and West Indian interests do not necessarily coincide. Obama came, got a loving hug from Sister P, chatted with Steppah, and left. His concerns were Chinese influence in his backyard, neutralizing and isolating Venezuela as he embraces Cuba, and issues of national security — drug trafficking and Islamist militants — and tax evasion by Americans using overseas financial institutions. We can celebrate his rapprochement with Cuba. We after all stood in solidarity shoulder to shoulder with Cuba over the many decades and we protested America’s embargo and attempted isolation of our Cuban brothers and sisters. But the opening of the Cuban economy, which will happen at blinding speed, represents a significant challenge to Caribbean tourism, from Jamaica in the north to Tobago in the south! As Ronald Sanders has suggested, we may well find ourselves ‘orphans’ of Obama’s legacy, as we found ourselves orphans of the British Empire!

As we continue to look outside for salvation, we now have a call for reparations for the transportation and enslavement of Africans in the West Indies. The case for reparations is strong. One need only reflect on the Zong massacre, the payment of compensation after emancipation, not to the former slaves, but to the plantation owners for the loss of their ‘property’, the disabilities, legal and otherwise, placed on the ex-slaves on property ownership, to see that the case for reparations is just. But in the unlikely event we we were to get reparations, what would we do with it? I fear that, if history is anything to go by, we will not use the resources well; that we will use it to entrench dependency even more deeply, consume more, dissipate it all and end up right back where we were before!

Over-reaching Governments
It is interesting that there are few ‘fiscal conservatives’ in the region. They can be found in the Republican Party in the USA and in the Conservative Party in the UK. I am certainly one, although my political and ideological inclinations do not accord with America’s Republicans. My fiscal conservatism does not preclude what Lloyd Best called ‘active government’. There are activities that only governments should do, and of course they should strive to do them efficiently and well — law and order, basic education, good primary and secondary health care delivery including facilities for mental illness, and building and maintaining transportation networks. There are activities government’s might do or might subsidise — air transportation, electricity generation and/or distribution, and water. And governments must regulate financial services, telecommunications, the environment, land use. What distinguishes the activities which governments should do from those that it should not do is whether or not there are significant externalities (positive or negative) which flow from the activities and hence whether or not the private sector is incapable of appropriating the value created or capable of avoiding the social costs. Fiscal conservatism does preclude a ‘nanny state’, a state which, in treating citizens like dependent children, fosters a crippling dependency, what some educators called ‘learned helplessness’.

The current concerns in Barbados about the funding of tertiary education and particularly the UWI Cave Hill campus reflect a brutal reality. Throughout the region we have asked our governments to do almost everything for us — subsidise our consumption of food and fuel, subsidise the exchange rate to keep imports cheap, provide us with cheap electricity and almost free potable water, free education at primary, secondary and now tertiary level, and keep us employed in public service jobs at good wages and with decent pensions at retirement. And our governments have tried to comply, promising more and more on the election platforms as if the provision of public services is cost-free! They are not. So the public debt escalates, and governments, unwilling to raise taxes on the electorate, turn to increased taxes on air travel and on the tourists in our hotels, making air travel in the region exorbitant, making our tourism product uncompetitive, slowly killing the goose that lays the golden egg! This is not sustainable!