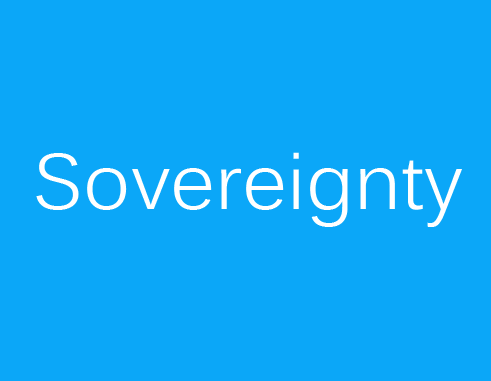 IT must be both a frustrating and challenging task running a country these days. Whether it’s Barack Obama coming under fire from his countrymen over his warm embrace of Cuba and slap in the face of Venezuela or Vladimir Putin’s contribution to the sad state of affairs in Ukraine, leaders are finding themselves being forced to do things that seem appropriate to them albeit a detriment to those they govern.

Saint Lucia’s Prime Minister Dr. Kenny Anthony has his fair share of challenges, too, proving that we do not live in isolation from the rest of the world. At this very moment, Dr. Anthony finds himself in the uncomfortable position of having to please not only the Saint Lucian electorate but also external masters.

Take, for example, the sanctions now being placed by the United States on Saint Lucia’s longtime Caribbean ally, Venezuela. With a scarcity of basic consumer items in Venezuela now being the norm, that nation’s inflation rate has reached about 68%, one of the highest in the world. Toilet paper and condoms are just two of the items making headlines in relation to the shortages now being experienced in that Spanish-speaking nation. With 90% of Venezuela’s exports dependent on its oil, the sharp decrease in oil prices over the past months has not done much to its credit.

While Saint Lucia has a lot to be thankful to Venezuela for, including building bridges and providing much-needed laptops for our secondary school students, the island has now found itself having to show solidarity with Venezuela on one hand and cowering to the United States as it relates to the damning IMPACS report referenced by Dr. Anthony in his address to the nation last Sunday evening.

At the moment, it would seem like Saint Lucia is a major pawn in a dangerous chess game being played between the United States and Venezuela. As the United States has done to Russia with economic sanctions, Venezuela is now feeling the pinch. Who knows when and in what form our pinch will come? But for now, President Obama seems to have reached his tolerable limit when it comes to Venezuela. “The situation in Venezuela constitutes an unusual and extraordinary threat to the national security and foreign policy of the United States,” he wrote in his executive order last Monday.

White House Press spokesman, Josh Earnest, cited Venezuela as being a sea of abuses and corruption. In a statement last Monday, Earnest said: “Venezuelan officials past and present who violate the human rights of Venezuelan citizens and engage in acts of public corruption will not be welcome here, and we now have the tools to block their assets and their use of U.S. financial system.”

Historically, the United States has proven that it is willing to do as much as it can to get its desired results. It has always been that nation’s history to put its people first and everything – and everyone else – second. That is why even as Saint Lucia continues to build bridges – both literally and metaphorically – with Venezuela, we must be cognizant that it only takes one stroke of Obama’s pen to place sanctions on our tiny island for bumping fists with the Venezuelans. If Obama does write such an executive order, at least 42% of our tourists might be restricted from soaking up some warm and friendly hospitality here.

Truth be told, as much as I must support my Venezuelan brothers and sisters, it begs the question as to why an oil-rich nation such as Venezuela is still intent on taking the Essequibo county of Guyana, a nation way much smaller? In any event, however, who feels it knows and I’m not the one standing in a long line outside a Caracas supermarket waiting to buy a pound of flour and a roll of toilet paper. But I can relate to having gone through similar pains during my childhood days in Guyana. In the long run, however, it is always citizens who must be made to face the result – good or bad – because of the decisions taken by their leaders.

That is why the handling of the IMPACS report is so important. The growing sentiment here seems to suggest that since the Americans were the ones who forced the Prime Minister’s hand to conduct the investigations into the Royal Saint Lucia Police Force, then it stands to reason that they’re expecting a desired result. So far, Dr. Anthony has not told us what the Americans are suggesting needs to be done, so I will not entertain rumour here. But we can all rest assured that they’re busy at work filtering every newsfeed for our response.

But we really need to be serious in this country for a change. We cannot for one second think that our government ministers can simply attend meetings overseas and not pick up on the nuances and body language of the people inviting us. Sometimes the key things to be learned at these meetings are the ones that are said or done subtly. Like that recent Caribbean Energy Security Summit in Washington last January where Vice President Joe Biden met with regional leaders. That was a key moment for Biden to push shale towards us to thwart any drop of Petrocaribe’s oil ever reaching us.

The future of Saint Lucia rests squarely on all of us recognizing that the development of our nation and its people must be foremost – as is the case with the United States and every other nation. While we must be circumspect about our plans and dreams, we must also be wary of those who through might and will can squeeze the lifeblood out of us if we don’t play to their song sheets. While much credit must go to the United States for actually forcing us to make our security forces better and exposing their alleged weaknesses, we need to recognize, too, that if we do not place a high degree of respect on our sovereignty, then we are not deserving of it let alone protecting it. Sovereignty comes at a price and we must be able to pay it in full.