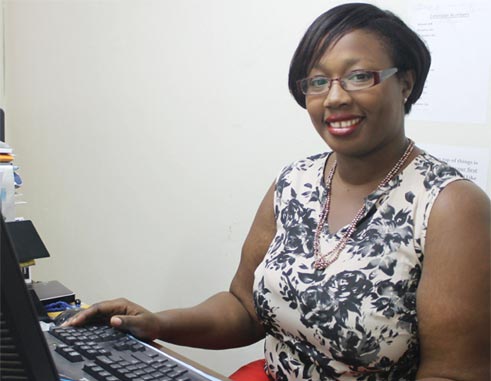 EIGHT months ago I was sitting anxiously on a picketed fence when it came to employment and working in the media in general.

See, I was stepping back into the corporate world fresh from maternity leave and I was absolutely torn because whilst I was going stir crazy at home. The thought of leaving my beautiful new born baby t home ate away at me just as much.

Although I had already made up my mind that Journalism was my field of dreams ever since I had been bitten by the media bug in 2011, I had my reservations of stepping back into the profession since my previous experience had led me to believe that this area which warrants long tireless hours, no “off-days” and the undertaking of tasks with the potential to put either your life or your wallet at stake… to name a few pitfalls, was not the most suitable one for a mother especially one with new baby in tow.

Another concern of mine was the level of competitiveness required to be in this field, and it all left a bad taste in my mouth seeing that I was not sure that I wanted to leave my serene state of mind, thanks to my new son only to step into the dog-eat-dog arena.

However, on May 2, 2014, my eyes were re-opened and my mind was changed and all my concerns flew out of the window. This, of course, was when I started working with The VOICE Publishing Company.

Working as a journalist at The VOICE is like working at an establishment in an alternative universe and I am definitely not saying this as an “Uncle Tom” or in my case, “Aunty”.

Never before had I worked with such an array of characters who are all so different but come together, and most importantly, work together in such unity.

Not one to mention names, I work with a mix of personalities who remind me of a tasty bag of skittles. You will find the sweet and charming one who loves to make everyone giggle with his witty little quips and jokes, the fiery, passionate and straight talking but well-meaning sportsman who also loves to make everyone laugh with his jokes and wit but also has an impish side with a knack for being a prankster. Then there’s Mr. Suave himself who tries to win the world over with his velvet tongue. There’s the lovable former educator who is the wise owl of the bunch, and not one to be left out is the rough diamond whose down to earth and welcoming personality is gravitating. Last but not least, there’s the leader of the pack whose humble, friendly, approachable yet authoritative persona leaves everyone feeling comfortable enough to breathe easily, yet no one has to tell them where they are and the work gets done…not only well but on time and like a well-oiled machine, everything and everyone functions smoothly and happily.

And if this is just the editorial department then one can imagine what I’m working with.

Never before have I had the privilege to work in such an environment and had I not experienced it for myself, I would not have believed anyone trying to convince me that it was true.

Like every family unit, there are disagreements but even those are settled through healthy and non-heated debates and discussions which always end amicably.

There are days when I come to work and there are events that leave me in awe like browsing through the paper’s archives and reading about what life was like in my beautiful country many decades ago. For a wandering mind like mine, the mental journeys I take back in time are wondrous and exciting.

There is also a real sense of belonging and pep as hard work is always welcomed, recognised and praised so the will to continue on and also to grow stronger is always reinforced.

It is with all of the above that it now all makes sense why and how a newspaper company could still be so strongly in existence for 130 years.

With the production of three paper issues per week and managing to hold on to the title of the nation’s most widely read newspaper, THE VOICE continues to teach me that it is in fact unity, understanding, passion and respect for each other and one’s job that forms the perfect recipe for longevity and success in any establishment.

Happy 130th Birthday to THE VOICE