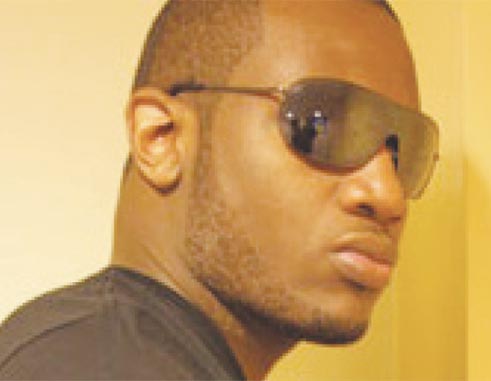 SOMETHING has been brewing over the airways and it’s giving me a sense of hope that I thought would never resurface.

Until one week ago, my faith in local soca music that I oh so loved was slim to none. However, after hearing two songs in particular, my ears are now pricked up and I’m thirsty for more.

For me personally, I felt that the quality of music released by our local artistes began to go downhill around four years ago and not once has it even attempted to rise.

I’ve heard many locals blame the radio stations for not giving the songs enough airtime and for focusing only on the music of regional artistes, but people, let’s be honest…can you even blame them?

The local radio stations, if I’m to guess, play what’s in popular demand firstly, so basically they are playing the good stuff that the people want to hear and let’s face it…it’s not the rubbish that locals have been producing over the years.

I know there will always be an audience for the monotonous garbage carping on about “bumpers”, “jooking” and “sitting dong” but most St. Lucians have grown tired of it all and prefer the melodious and contagious range of music coming from our neighbouring islands like Trinidad, Barbados, St. Vincent and Grenada.

Secondly, even though selections weren’t made due to popular demand, why would the radio presenters want to play such “music” on the regular? *Sigh* Anyway…

Something else that comes to mind when I thought of local soca was the lack of pride and originality because self respecting individuals would not want any affiliation with the music of past years.

Take Machel Montano for example. Listen to that man’s music…yeah he does sing about “bumpers” OCCASIONALLY but even when he does, he does it with class and style and also in a way that won’t make a woman feel like a slimy piece of meat but down here, oh goodness me, I just shuddered thinking of some of the songs and their lyrics.

Now I noticed that I kind of veered off my main topic of local music being revived but I just wanted to give a little background to why I feel the way about our music.

Anyway, last week I heard the song “Neighbour” by local artiste Sedale and oh…my…goodness, I am in love (with the song of course). What a beautiful and refreshing change! The song, like the ones from our regional artistes is melodious, smooth and catchy, oh and did I mention that it has a positive and feel good message of unity?

When I heard this song, I literally shouted “YESSS” because finally, a local had made music.

Now last year, I must admit that there was a small number of good songs…a couple that I really enjoyed, including “Pandemoniun” from Sedale himself again but I can honestly tell you, that number of songs was so small that I could count them on one hand…I never even bothered learning the names of the other songs far less to listen to more than 30 seconds of them.

It was in that same week after being blown away by Sedale’s track that I was once again winded by another mega track called “Ketch It” by Teddyson John. I was still in recovery from “Neighbour” and now this?

All I can say is that I’m ecstatic and excited because although it is clear that both TJ and Sedale have been making a concerted effort to promote themselves in the music industry and to enter a class of their own, it has left me anxious to hear who will knock me out with the next big hit.

The two artistes mentioned above have indeed gone to great lengths to market themselves and show that they are serious about their craft and this is one of the major reasons why they we have been graced with the quality of music that they have delivered this year and in the years past.

I am genuinely hoping that other locals will catch on and take example from what these two artistes are doing and that they follow suit. If that continues, then I see no reason why the love and confidence that we had in our music can once again rise. Also, there’s no reason why we can’t make the likes of Machel, Destra and Skinny Fabulous quake in their boots.