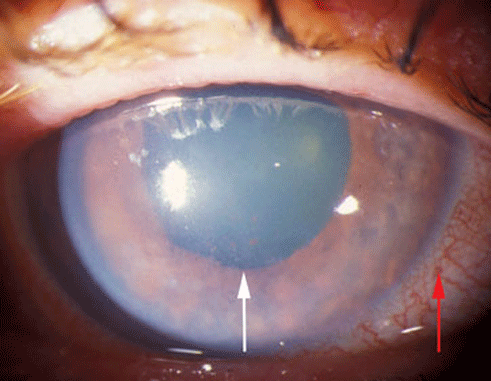 Glaucoma refers to a group of eye disorders which cause progressive damage to the optic nerve and is characterized by loss of nerve tissue resulting in vision loss. The optic nerve is the cable that transmits a visual message from eye to brain. This nerve bundle has about one million individual nerve fibres and when it becomes damaged causes loss of visual field. The most common type of glaucoma is primary open angle glaucoma and it is associated with an increase in fluid pressure inside the eye, as a result of blockage of the circulation of aqueous (liquid of the eye) or its drainage. In others the damage may be due to poor blood supply to optic nerve fibres or weakness on the structure of the nerve. Not everyone with high eye pressure will develop glaucoma and many people with normal eye pressure will develop glaucoma. Whatever the pressure measurement may be if it is too high for that particular optic nerve glaucoma will develop causing vision loss and in advanced cases blindness.

Anyone can get glaucoma, however some people have a higher risk. Included are those with:

A family history of glaucoma, Migraine, Diabetes, Eye injuries, Short sightedness, Long sightedness, Use of steroid drugs, 40 years and over and Black ethnicity

Primary open angle glaucoma which is the most common type has no symptoms until sight is lost in the later stages. The occurring damage is slow, progressive and destroys vision starting with the peripheral vision. This damage is irreversible. Treatment cannot recover what has been lost, but it can slow down the process.

Other forms of glaucoma include:
• Normal tension or low tension glaucoma: In this type nerve damage occurs in persons with eye pressure within the normal range.
• Acute (angle -closure) glaucoma: is when the pressure inside the eye rapidly increases due to the iris block. An attack is severe accompanied by pain, nausea, blurred vision and redness. Medical assistance should be sought immediately because it can cause permanent vision loss in very short time.
• Congenital glaucoma: This is a rare form of glaucoma. It can exist at birth or develop later. Parents note that the child is sensitive to light, has very large and cloudy eyes, and excessive watering. Surgery is usually needed.
• Secondary glaucoma can develop as a result of eye injuries, cataracts and inflammation.

Glaucoma cannot be prevented, early detection is necessary to preserve vision. There is usually significant vision loss by the time symptoms are noted. Further deterioration can be prevented by treatment. This treatment consists of eye drops, laser and in certain cases surgery.