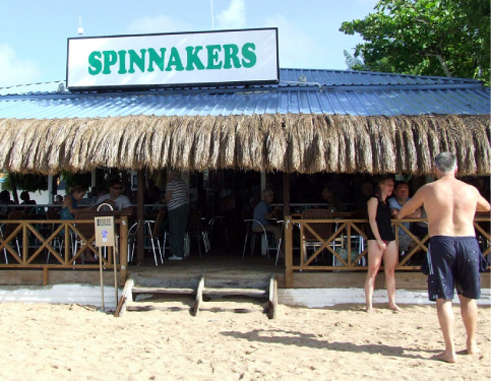 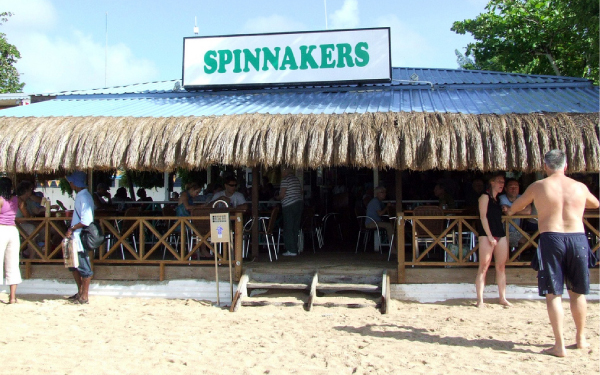 SPINNAKERS Beach Bar and Restaurant pro-prietor Michael Richings has refuted media reports implicating him in a spitting incident involving a beach vendor, reports on which have been widespread in the media

Richings yesterday issued the following statement, through his attorneys:

“My name is Michael Richings, and while British born I have proudly chosen to live in Saint Lucia for over 30 years with my family all of whom are Saint Lucian citizens. I have built a life and a business here and have always regarded Saint Lucia as home.

“In my time in Saint Lucia I have never had reason to make public statements or defend myself, my family or my business. However I am forced to do so now in the most unfortunate and unpleasant of circumstances. I am forced to do so now because many media sources, TV, radio and internet news reporting, have carried a news story which is in fact fabrication.

“That the accusations against me are untrue would be obvious to anyone who knows me. However, it seems that a person can make false allegations about another and if it is not immediately refuted it is then taken as gospel by the media and passed on to the unsuspecting general public.

“I do not spit in public,or even on the road and I most certainly do not spit at or on other people. I would hope that those who have known me whilst living in Saint Lucia realize this for themselves.

“However, this is what a beach vendor, Marietta Benjamin, has accused me of on December 10, 2014.

“Marietta has been carrying on her clothes vending from beside my restaurant for 18 years. She chooses to position herself as close to the restaurant as possible to take advantage of the clients who use this restaurant. She has for years been in the habit of stopping them on their way into the restaurant and offering them not only clothes for sale but also beers from her Igloo. Many years ago when my wife asked her not to offer alcoholic beverages, she accused us of racism in very strong unladylike language. After that we left her to sell her beers.

“At the start of the 2014 tourist season, my staff noticed that she had ceased to bring any clothes to sell at the beach, but was now loading her white van with many cases of beers each day. For several hours she would hawk her beer on the beach to tourists.

“While we understand that everyone has a right to make a living, we have the livelihood of 34 members of staff to protect and so we enquired of the police whether Marietta had a liquor licence.

“It turns out that what she was doing was illegal and the police stopped her from selling beer illegally. Naturally she is annoyed, she is missing the additional, albeit illegal income.

“To be clear we have never sought to stop Marietta or any of the other beach vendors from selling their clothing, or craft next to the restaurant or anywhere along the beach.

“When the police stopped her, Marietta’s aggressive son came into my restaurant to physically and verbally threaten not only myself, but my wife and children. My staff insisted that I report him to the police, because some of them knew him and said he could be a problem.

“At the police station, we saw that Marietta and her son were there as well and that the police were asking for her vendor’s licence, which she did not have.

“My wife and I made statements of what had happened, including an incident between Marietta and myself on the beach, where in fact she spat at me. When I mentioned this to the police officer, she immediately refuted my statement and said that I had spat first. This was untrue. The police investigated fully and no charges were laid against me. I decided not to press for charges against her son for his aggressive behaviour. She has since stated that the police have done nothing. This is also untrue as the police investigated all claims fully.

“The police, who handled the whole process very well, asked everyone to apologize to each other and keep out of each other’s way. My wife and I apologized to Marietta for any bad feelings created. We did not apologize to her son. Neither of them has made apologies to us.

“Since then, Marietta Benjamin has persecuted my wife and myself, my business and my staff with repeated false allegations on TV and the media in general, allegations that seem to have been universally accepted as true because I have tried not to prolong or inflame this situation by responding in similarly public fashion. However, when I hear this situation being discussed in the media and prominent figures and media personnel being brought into the situation and passing comments on the total assumption that this falsehood actually happened, then I have to take steps to put the matter straight in the public eye.

“In closing, I find it a very sorry state of affairs when an issue such as this, which is based totally on a loss of illegal income, seems to attract more gossip and media time than the many unsolved murders and other crimes on the island”.