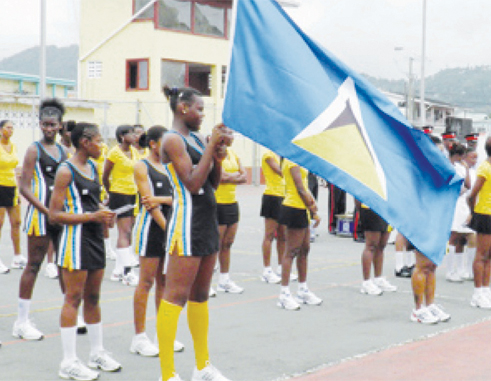 St. Lucians Have Their Say

AS the nation prepares to celebrate the day that St. Lucia’s declaration of independence was certified 36 years ago, The VOICE took to the streets to ask St. Lucians whether they think that independence was a step in the right direction.

Taking a step back in time, according to historians, St. Lucia was at the centre of a tug of war between the British and the French for over a century and has become famously known for being seven times French and seven times British.

Although information states that the French finally conceded to their British rivals in 1814, this information has been a topic for debate and dispute for a number of years.

It was with that information that the small survey conducted revealed some interesting and surprising responses.

A random selection of 30 individuals were asked: “Do you think that becoming independent was a good move for the nation or should we have remained under the British rule?”

Out of the 30, five did not know or care and the responses included:

“We are not independent anyway, because we still depend on other countries to help us out…we are in a hole”.

The total of six people stated strongly that St. Lucia should have never signed the declaration and that to this day, St. Lucians should have been a part of the British Empire. Some of the responses included:

“It would have been better had we stayed with the British”

“I don’t know why the British fought for us; we should have been French. All now so I would have been in Paris and I would be able to “ParléFrancais”

“I don’t see what independence has done for the country. I don’t see what England has done for us…we’re still begging everyone for hand-outs. The British should have just left us for the French. Look at how well Guadeloupe and Martinique are doing. A lot of people don’t know this but the British won nothing, it was the French who won but in the end, an agreement or barter of some sort was made and the French handed us over”

Although the numbers were extremely close, support for independence prevailed with ten people saying that moving away from the British rule was the best decision ever made for the island.

The responses echoed each other but the message was crystal clear, an independent St. Lucia is a better, stronger and prouder St. Lucia. Here is what some of them had to say:

“We don’t need the British. Leave us independent”

“We have to make our own decisions and not let foreigners think for us. It’s good that we’re standing on our own two feet”

“Yeah man, it’s good that we’re independent because we can stand strong on our own”

There is no doubt that even with a mixed response, the masses will definitely be recognising this year’s 36th Independence Anniversary and with the national colours, images of local icons and the pride evoking statue of Sir John Compton raising St. Lucia’s Declaration of Independence serving as bold reminders, it will most certainly be a day to recognise the gem that we call home.