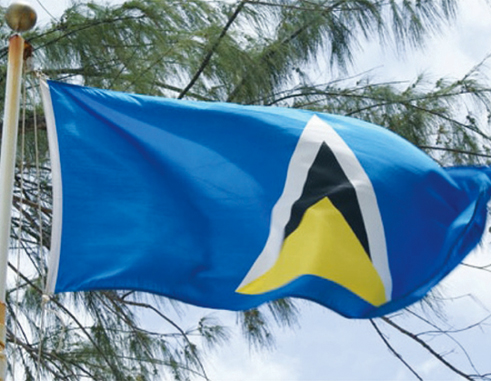 AS we celebrate thirty-six (36) years as an independent adult nation, these words from 1 Corinthians come to mind: “When I was a child, I talked like a child,.I thought like a child, I reasoned like a child. When I became a man, I put the ways of childhood behind me.”

It is in this vein that as an adult nation, we need to re-examine the strategies that we have undertaken in the past as a means of fostering growth and to recommend alternative solutions that are in keeping with current global realities. As an infant nation in the 1970s, we sought to enhance our economic development through export strategies and we saw the rise of the banana industry and tourism and to a smaller extent, light manufacturing. This enabled us to build schools and undertake many developmental projects. However with the advent of the World Trade Organisation (WTO), the preferential access to the EU markets for bananas was removed and replaced with the Economic Partnership Agreement (EPA) as the response to the reciprocal trade criteria established by the WTO. This has contributed to the ongoing decline of the banana industry and Saint Lucia has yet to take full advantage of the provisions set out in the EPA. For the last two decades, Saint Lucia has fully transitioned into a services oriented economy with tourism as its main economic sector.

The conditions that existed in the 1970s and 1980s which included handholding by international funding agencies and donor countries have completely changed. Saint Lucia is categorized as a middle income country by the international community and this has implications for its access to concessionary loans and grant funds. The realities that beset us include dwindling inflows from foreign direct investments (FDIs), limited access to grant funds and concessionary loans to finance developmental projects. We are living in a more competitive environment where small and large states compete and only the fittest survive. We need to understand that as an adult nation, the strategies of the past are no longer sufficient to deal with our economic realities.

It is more than six years since the economic malaise that was brought about by the implosion of financial markets in the US and globally. The issue of economic growth, and how to spur it have become a subject of intense debate among the professional and layman alike. Traditional arguments concerning growth, particularly in the Caribbean context have centred on attracting more foreign direct investment, increasing capital spending in both the public and private sectors and enhancing the export capacity of the region. While these are all plausible avenues to enhance growth, the role that productivity plays as a catalyst for growth is increasingly being recognized and assessed.

“The Age of Productivity” is a study undertaken by the IDB in 2010 and this report noted that low productivity growth was the leading cause of the stagnant growth observed in Latin American and the Caribbean when compared to what exists in the United States. The study went on to note that income per capita in the typical Latin America and Caribbean country would double its existing rate if productivity growth was at its full potential. The report therefore, concludes that low rates of productivity growth were the largest contributing factor to the slow growth experienced in the Caribbean as oppose to falling FDI inflows or lack of export capabilities.

A 2000 to 2013 assessment of productivity levels in St Lucia undertaken by the National Competitiveness and Productivity Council (NCPC) saw preliminary indicators suggesting that annual productivity growth on average was only 0.4 per cent (2000-2013) reflecting the decline that we have seen in productivity in recent years.

Given the assessments by both the IDB and the NCPC, the time has come for us to look inwards and work towards implementing the necessary structural reforms that would enable us to enhance productivity in an effort to become more competitive. These structural reforms should not take place solely at the public sector level but within the private sector as well.

As we celebrate 36 years of Independence, the call for serious approach to work towards enhancing productivity must be embraced by all.

A mind-set clearly characterised by certain values and virtues must be implanted in the central core of the average St. Lucian. “……. Our attitude determines our altitude” (Anse-la-ray resident-Productivity consultation 2014). We all have a part to play in this important reform, in our homes, schools, at work and at play. The NCPC continues to make strides in fulfiling its mandate to sensitize the public on issues of productivity and enforces the call for collective approach towards that which will inevitably bear fruit to a more productive, competitive St. Lucia.

Let us as a people respond to the challenge by developing a “reasoning, questioning and experimental mind” as advocated by Sir William Arthur Lewis.

(For more information contact the National Competitiveness and Productivity Council on Second (2nd) floor, Financial Centre Building, Bridge Street, Castries. We can also be contacted at 468 -5571/5576 or visit the Council’s Facebook page at https://www.facebook.com/stluciancpc or email them at stluciancpc@gmail.com)