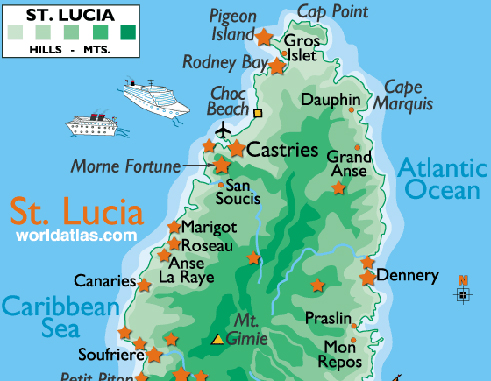 THE EDITOR:
Any form of manipulation is wrong and produces long lasting drawbacks. I make this comment today based on the latest information aired by our Prime Minister that four additional constituencies be made part of our electoral landscape.

St. Lucians from all walks are shocked by the Government’s decision in light of our fiscal mayhem. Having walked through the newly created boundaries and briefly chatted with the residents predominantly in the Gros Islet constituency, the general consensus is one of surprise and disgust particularly in the Babonneau area.

Babonneau residents with whom I spoke felt that Ezekiel Joseph has been targetted by the Prime Minister for political reasons, hence the unnecessary partitioning of the area. The two seats now created in the said constituency were seen as unnecessary, as the road network and terrain within the area makes it far easier to access any ongoing issues.

The fact that the Gros Islet constituency has grown by leaps and bounds peaking at some 23,000 persons with one Parliamentary Representative versus Laborie and Dennery with one quarter of the population is nothing insurmountable. Just one day prior to the Prime Minister announcing the realignment of the constituencies, his press secretary was on Newsspin boasting about her success in reaching the multitudes by using alternative means of media. It was therefore unnerving to hear a well respected and venerated accounting professional as the MP for Gros-Islet, Emma Hippolyte, declare quite volubly, that while she recognizes the cost associated with the realignment, she is neither perturbed nor concerned about that cost. Rather, it is more important that her constituents are able to see her and feel her up as her main reason for agreeing with the proposed gerrymandering. Never mind that having more constituencies will neither alter the stagnation in the south or the acceleration in the north, nor afford the people of Saint Lucia better representation.

One can clearly understand that increasing the number of parliamentarians is not the real answer. The best approach at this time would be a return of power and governance to the people through local government; thereby empowering them to direct their own destiny allowing for more accountability and transparency. This whole situation if not reversed amicably will be played out within the courts, with the present administration paying a hefty price at the polls and St. Lucia sinking deeper into a fiscal deficit quagmire! St.Lucians ought not to stand idly by and allow politicians to manipulate the constitution and by extension our lives.

We should recall that the former Prime Minister of St. Kitts, Mr. Denzil Douglas who Kenny and the SLP held up as a beacon of success at their convention, has today been dumped at a score of 8-3 at the polls after 20 years at the helm. One could argue that the last twelve months of subverting the rule of law and the constitution in refusing to go to Parliament was the straw that broke the camel’s back. And though the writing was on the wall, Mr. Douglas continued to fight the process by allowing the electoral supervisor to delay the announcement of the results at the polls. Is this what we, St. Lucians should look forward to? Bear in mind that this was the same individual who advised all St. Lucians to support the Kenny Anthony administration. It is always felt that birds of a feather flock together. But in the case of Mr. Douglas, Kittitians simply had had enough and we fear that there may be serious repercussions as the opposition delves into his 20 year stint in Government.