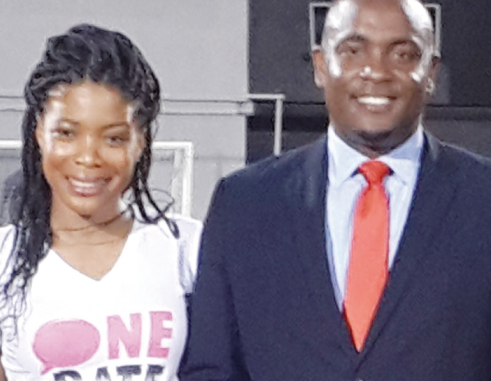 SPORTS and Education in St. Lucia will get a major shot in the arm with increased support from LIME.

St. Lucia’s leading telecommunications provider, and one of the island’s biggest and consistent corporate sponsors, has announced its new corporate social responsibility mandate to increase its current level of support towards education, development of sports and youth.

LIME has also contributed to various school sporting activities throughout the decades, however starting in 2015, the company has announced that it will focus its sponsorship in the areas that will make a contribution to the youth and sporting community in a more direct way. Following this decision, LIME has been providing financial, telecommunications and logistical support to various schools island wide, towards the hosting of their annual sporting events. Some of these schools include Monchy Primary, Gros Islet Secondary and Bocage Secondary schools.

To recognize the athletes who continue to represent all St. Lucians locally, regionally and internationally, LIME has supported the Ministry of Youth Development & Sports by contributing to the prizes given at the 35th Annual National Sports Awards. LIME provided the prizes for the Sportsman and Sportswoman of the Year award categories. The gala event boasts attendance by H.E. Dame Pearlette Louisy, Hon. Prime Minister Kenny Anthony and Minister of Youth Development and Sports, Hon. Shawn Edward.

The Caribbean’s superstar high-jumper and record winner, Levern Spencer, has again won the title of ‘Sportswoman of the Year’. This is the twelfth year that the LIME sponsored athlete has earned this accolade. She is one of numerous St. Lucian athletes who have received various levels of support from LIME over the years, helping them to excel and compete at regional and international levels.

LIME Marketing & Communications Executive, Sharlene Jn. Baptiste said the company’s increased support for local sports is part of a comprehensive and multi-faceted assistance package aimed at stepping up its contributions to sports and education in St. Lucia, particularly in the schools.

“While LIME is committed to supporting sports at the national level, we have not forgotten about athletics within the communities. We’re looking to increase our involvement at the grass roots level with a heightened focus on providing sporting and educational support that is well-tailored to the needs of the schools and community-based organisations to help find the seeds that will grow into great achievers,” Ms Jn. Baptiste added.

In addition to its support for local sports, thousands of Saint Lucian children have benefitted from educational programmes sponsored by LIME, including the company’s annual Internet Summer School, its provision of free Internet service to a number of primary schools, the ongoing LIME scholarship scheme, the company’s Common Entrance preparation workshops, and LIME support for initiatives like the annual Schools Spelling Bee competition and its recent partnership with US Peace Corps Youth Development Volunteers to launch a Primary Literacy Project in Babonneau.