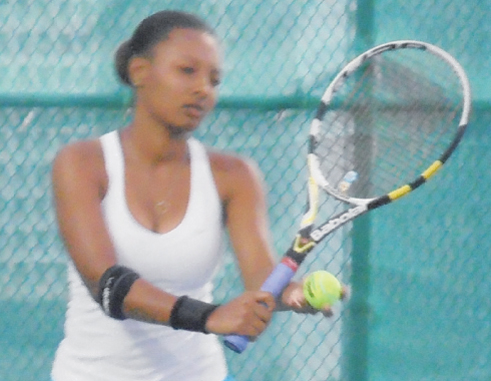 FOLLOWING on the heels of the Fimbar Willie Memorial Tennis Championship last week, the courts at the National Tennis Centre are expected to be the hot spot as local tennis players will be in action again this coming Saturday for the 4th annual Kia Independence Open Championship.

Based on the three previous tournaments tennis enthusiasts can expect to see the likes of Akeem Gustave, Cameron Moffat, Keiran President, Glenton Evans, defending champion Lewis along with Trevor Hunte and Collin Hunte just to name a few of the big names expected to be in action in the men’s open, men’s double and mixed doubles encounters.

The on court rivalry is expected to continue amongst the younger players such as Ajani Thomas, Taquel Lewis, Jean Phillip Murray, Adriel Bousquet, Aryam Gupta who will be in the thick of things.

The girls division will see some thrilling tennis from the hard hitting Dara Sidoine, Megan Williams and Jayda Hunte.

The 2014 defending champion Julia d’Auvengne along with Amber Trezelle and Surbhai Gupta will be in the girls under – 18’s. while Sue Allamby, Jane du Boulay, Gemma Lionel, and Scyla Murray, are expected to blaze centre court.

Meanwhile, all players must report to the event organizers 15 minutes prior to their scheduled match time. Match will be defaulted 15 minutes after scheduled start time. The tournament director or his / her designate has the final decision on all matters related to matches. The organizers are making a special appeal to all participants to dress appropriately. The International Tennis Federation rules / St.Lucia Tennis Association code of conduct and Penalties will apply and enforced .