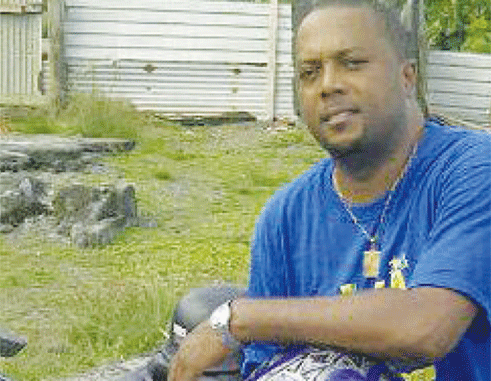 TODAY’S Face In The Crowd has a love affair with the mean streets of St. Lucia and then some which to many is simply mind boggling. Steve Dupal is a 44 year old mechanic by profession but a Biker Boy at heart and whilst he spends his days tuning and fixing vehicles with four wheels, his heart belongs solely to the ones rolling on two.

The resident of Trois Piton has been exercising his love for motorcycles from a very young age and has even taken his passion to the streets of neighbouring islands to celebrate alongside other bike lovers like himself. One can say that biking is in Dupal’s blood as the passion is a family affair.

The idea of motorcycles to many non-bikers is a scary one but Dupal took the time put to put some of those fears to rest and to most importantly explain the difference between true bikers and careless riders.

The VOICE: What is it about motorcycles that has you so captivated?

Steve: I’m a lover of bikes especially the big ones. The sound of the engines, the revving and all, the beauty of it and the different types of bikes. I’m really into street riding but I have a son who is into motocross riding which is off road riding…he’s followed my footsteps and is a lover of bikes also. I’ve been into bikes for a long time as well as my brother who is also a biker…it’s in the family.

The VOICE: For how long have you been riding motorcycles?

Steve: I’ve been riding since the age of 17. It’s been a very long time and I’ve had probably about ten bikes since then

The VOICE: Can you remember your best experience as a biker?

Steve: Definitely has to be riding around the island with friends, going through different little holes and stopping at different bars…you know the fun stuff.

The VOICE: Why bikes as opposed to cars?

Steve: I do a bit of both especially pick-ups which is also my thing but it’s unique and different because you’re on two wheels riding with the wind blowing through your face and all that sort of stuff. It’s nice especially if you have a beautiful lady sitting behind you.

The VOICE: But there are clear and present dangers associated with riding bikes which have led to a number of gruesome accidents and fatalities. Don’t you get worried about the dangers?

Steve: There is danger in everything. You could be in a car or any other vehicle and there’s danger as well. You just have to be very careful, make sure you wear your safety gear and you must always be on your Ps and Qs when you’re riding. You have to look out for everything at all times.

The VOICE: Have you ever been involved in any crashes or collisions?

Steve: No, no. Just a small fall here and there and I only got a few bruises and scratches but that’s just about it. Nothing major

The VOICE: Looking back at the number of road fatalities involving bikers, why do you think that the majority of those incidents are so tragic?

Steve: A lot of it has to do with carelessness and reckless riding also. There are some guys who are very careful on the road but it’s just that some other motorists don’t respect a lot of the bikers so that’s another reason why we get these tragic accidents. Some of the guys ride and don’t wear safety helmets and especially the proper riding shoes. Riding with slippers is not right at all. You can’t do that. You must always wear closed up shoes. Riding with slippers, by the time you try to apply your brakes, that alone can cause an accident because your foot could just slide off the pedal. All those things count and it has to do with both drivers and riders at the same time.

The VOICE: Seeing that you mentioned proper riding gear, what is that? What should bikers wear when riding?

Steve: Most importantly is the full faced helmets then you need the proper riding jacket which is kitted with the elbow, shoulder and back pads. When it comes to the pants, most of us use jeans so if we fall then you will get a little support but there are proper riding pants as well with the padding and everything and of course you need the closed up shoes. They don’t necessarily have to be steel toed but they should be suitable for riding. But the thing is, in St. Lucia it is so hot and most of us don’t like wearing all the gear but you must wear the proper clothing for riding.

The VOICE: On any given day, riders can be spotted without any of the gear mentioned just now and to add to that, they are not being careful. What do you think about this common problem?

Steve: To tell you the truth, to me the police just needs to pass and pick them all up…take the bikes from them because they know the dangers out there and they’re still doing lots of carelessness on the roads. Sometimes they themselves put other people in danger. Personally, if I was a police officer and I saw them, I would definitely stop them, charge them and take the bikes away. Until they came with the proper documentation for the bikes, they would not get them back and I wouldn’t allow them to ride on the road because it is very dangerous especially with so many children walking on the road. It’s not good enough the way it is.

The VOICE: Apart from the engine, what differentiates a bike from a bicycle? In other words, can anyone ride a motorbike?

Steve: (Erupts into laughter) NO! With a bicycle, you use your legs to pedal but with the bike there’s an engine and the slightest bit of acceleration will send you off. The only similarity between the two is the matter of balance…if you can balance a bicycle then you can balance a bike but apart from that, they are very different, that’s all I could say.

The VOICE: When you take someone like myself who is deathly afraid of bikes and would only get on board one in a life or death situation, what would you say to me to dispel my fears and help me warm up to the idea of riding a bike?

Steve: Firstly you need to find a trustworthy and careful biker who can convince you that you will be absolutely safe and then you could try going for a short ride but it’s also a matter of what bike you get on. For your first time, I’ll advise you to get on a cruiser since it has a backrest and all so that you could sit comfortably and hold on to the rider and you can take a nice ride.

The VOICE: Do you think that there is a way for there to be harmony between motorists and motorcyclists?

Steve: I just want everyone to be safe and for the riders be careful on the roads and make sure that they are always using their proper equipment.