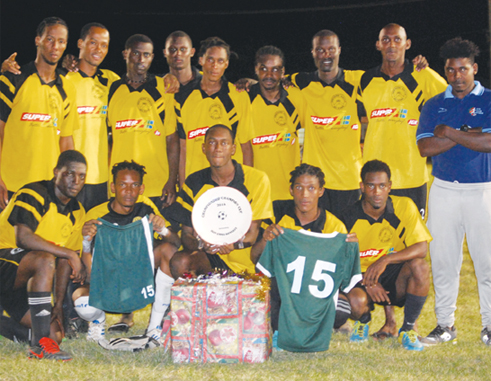 No goals were scored in the first half on Saturday, but the action picked up on the resumption. Super J Northern United that nosed ahead with a goal from Troy Greenidge in the 53rd minutes to send Northern United fans into celebratory mood Eden Charles made it 2 – 0 in the 72nd minute, while two late strikes from Elijah Louis in the 85th and 91st minute put the issue beyond doubt and to seal the deal for Super J Northern United.

The second half was very competitive, but Valley Soccer took the lead again with a goal from Giovanni Travis in the 90th minute to win the encounter 2-1.

The second half continued in the same vein Northern United took the lead with a goal from Ed Williams in the 74th minutes, Mc Henry Comberbach’s 81st minute strike was enough for the win.