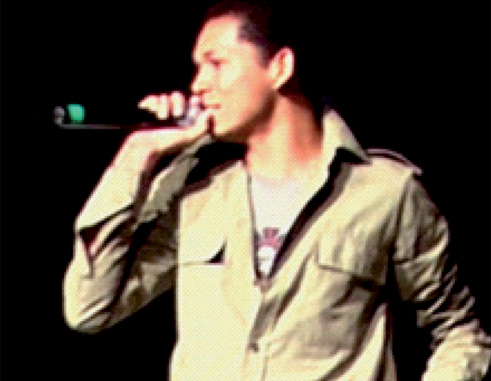 BRANDON Harding, the musical prodigy who has been winning singing competitions since his preteen years, will be one of the featured artist ats Caribbean YouthFest to be held in Vieux Fort on the tennis courts next to the airport, starting at 3PM Sunday 21 December 2014.

The YouthFest audience is in for a treat, because Brandon is an amazing, one of a kind talent. His range of voice allows him to sing most songs in their original key, hitting all the notes, and if he pleases he can even take the key up another notch. So in terms of delivering a cover song, Brandon can match the original in all its nuances almost perfectly, but, and here is the clincher, he has a unique, captivating, distinctive tone of voice, and one with such a high level of kinetic energy, that it gives his performance a thrilling excitement that is almost impossible to resist.

Moreover, Brandon isn’t one of those artists who sounds great in the studio under control environment but not so great on stage. In fact it’s the opposite, Brandon is at his best on stage, facing an audience, the bigger the audience and occasion, the better he performs, the hallmark of a star.

It is these attributes that Brandon brings into both his originals and covers that compel people to immediately remark: “That boy is a star,” and no doubt had enabled him to capture the 2011 Guyana National Song and Jingle Competition, the equivalent of American Idol, with a brand new car, one million Guyanese dollars, and recording, music video and endorsement contracts as spoils.

And it is no wonder that Brandon and the Phases Band’s performance at the Creative Industries’ Micoud Bon Tan so mesmerized the crowd that it was characterized as “Raising the Dead” at the cemetery sitting across from the stage. A performance that prompted the organizers to unbashfully proclaim that Bandon and the Phases Band was the best band that had grace their stage, which is saying a lot, for Phases’ engagement came after that of Evolution and 4th World, both well established and award winning bands.

Besides Brandon, YouthFest 2014 will feature DYP, Party Rockers, PowerPlus, fashion shows, and singing and dance competitors from St. Lucia and St. Vincent. The overall winner of the singing competition will be crown Youth Star 2014 and will walk away with $5,000.00 and other attractive prizes.

With an eye on the international stage, Brandon is halfway through recording his debut album for release in the new year in time for St. Lucia Jazz in which he hopes to feature prominently. To listen to Brandon’s original music and to watch some of his performances readers can visit: http://www.reverbnation.com/brandonharding.