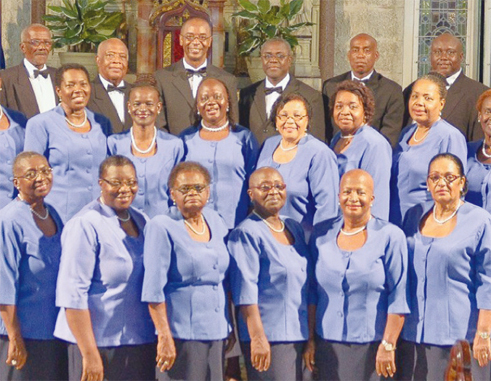 THE Barclay singers of Barbados will stage the second of two Christmas concerts in St Lucia tomorrow evening.

The concert entitled CHRISTMAS TIME IS HERE will be held at the Church of Our Lady of Fatima La Clery and will begin at 6:00 p.m. Admission is $25 per person.

The Barclaysingers which is this year observing its 40th, anniversary, made its first appearance at the Church of the Good Shepherd at Babonneau last night.

The local group JUSTUS will be guests at the concert.

The Barclaysingers started in 1974, when Mary Johnson, then Public Relations Officer of Barclays Bank in Barbados came together with 16 other staff members to form a choir. They did this for the sheer joy of singing and held rehearsals anywhere they could find a piano; this was mainly at people’s homes.

Their first concert was a Christmas production entitled “The Babe of Bethlehem” performed in December 1974. Admission for the concert was $1.00. The concert was so well received that the choir was able to make a donation to the church to assist the poor.

Over the years the choir has performed with the Royal Barbados Police Force Band, The Barbados Symphonia and The Barbados Chamber Orchestra. Its repertoire is wide and varied. The choir’s first big production was “Up Through The Ages”’ when Barclays Bank celebrated its 150th year of existence in the Caribbean.

The Barclaysingers is a registered charitable organization which has performed at and assisted several churches in Barbados. The group has traveled to St. Vincent, Grenada and St. Lucia, assisting churches there as well.