The Rotary Club of Saint Lucia has donated 12 computers to two educational institutions in Saint Lucia.

The club’s International Service Director, Past President Albert Daniels, in presenting the computers informed that the donation was made possible through the generosity of the Grant Morris Foundation of Pickering Ontario, Canada and its affiliate “The Caribbean Event” who organized and certified the refurbishment of the computers, and coordinated with Microsoft Corporation to have official copies of Microsoft Windows and the Microsoft Office Productivity Suite (Word, Excel, PowerPoint) pre-loaded onto the computers. 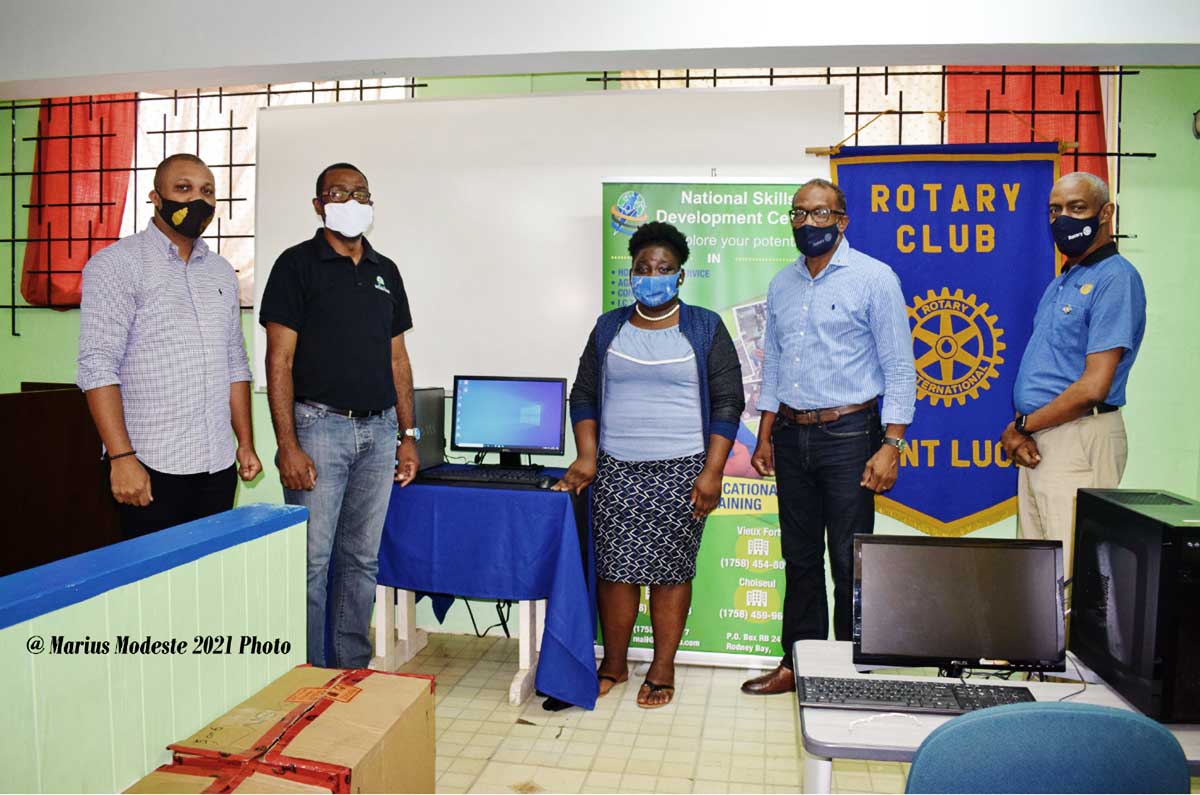 Dr. Grant Morris, Chair of the Caribbean Event/The Grant Morris Foundation arranged with foundation members Monty Thomas of Saint Lucia and Carl Duncan of Grenada to have the computers and software from Kinectrics (Amec of Canada) and Microsoft Corporation Canada packed and shipped to the Rotary Club of Saint Lucia.

President Leathon Khan of the Rotary Club was on hand to make the presentations to Ms. Shania Joseph, the Assistant to the Principal of the Bishop Charles Gachet R.C. Combined Primary School in the Marchand community. Deputy Manager Barry Paul of the NSDC and NSDC Training Manager Barry Williams also received the computers on behalf of the Mon Repos Branch of the National Skills Development Center.

Representatives of both educational institutions indicated that the donation of computers came at an ideal time, now that electronic devices are becoming increasingly necessary to support the developmental work of teachers.

Several Rotarians from the Rotary Club of Saint Lucia whose motto is “Service Above Self” were on hand to witness the presentation. The motto of the Grant Morris Foundation is “Let us remember that: the brotherhood of man transcends the sovereignty of Nations and that service to Humanity is the best work of life”.