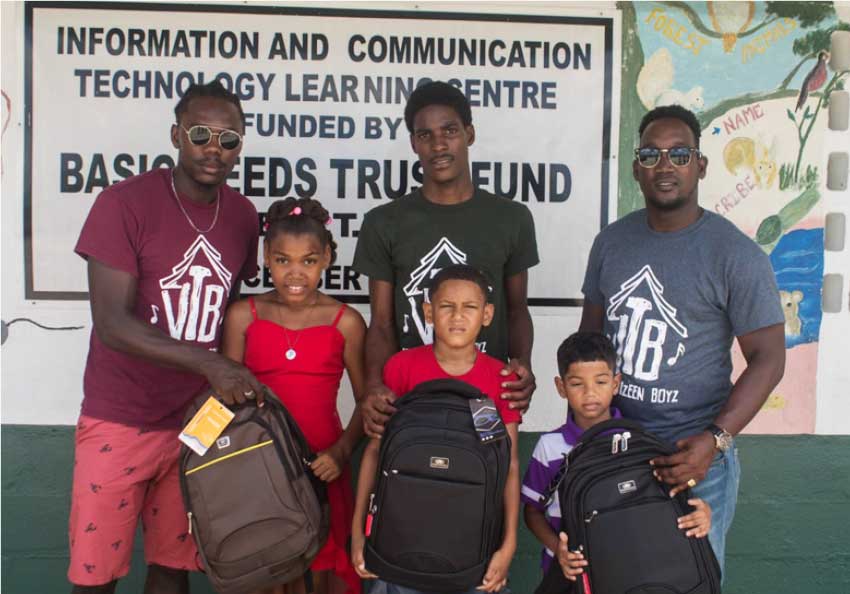 SUMMER has finally come to a close, and a new school term has begun. The Vye Twizeen Boyz, a group of Saint Lucian artistes famous for their Dennery segment contributions, ended the summer in a significant way by giving back to their home community of Belle Vue. The group of talented young artistes took the initiative to gift students of the Belle Vue Combined School with black to school supplies. The group handed over the school supplies to the students at the school in the presence of the principal and teachers.

The manager of Vye Twizeen Boyz, Dannian William remarked, “This is the group’s first time giving back to school supplies to students in the community. We as a group made that decision because of the tremendous amount of support we have been getting from Saint Lucia and especially our community, Belle Vue”.

William said the Vye Twizeen Boyz would be targeting other schools from the constituency in the near future, including the Pierrot Combined School, Grace Combined and others.” He further noted that there was no single criterion that was followed by the group to select the students but rather that decision was left up to the principal.

William proudly highlighted that Vye Twizeen Boyz are looking forward to giving more to the community and showing appreciation for the immense love and support they continuously receive from their supporters.