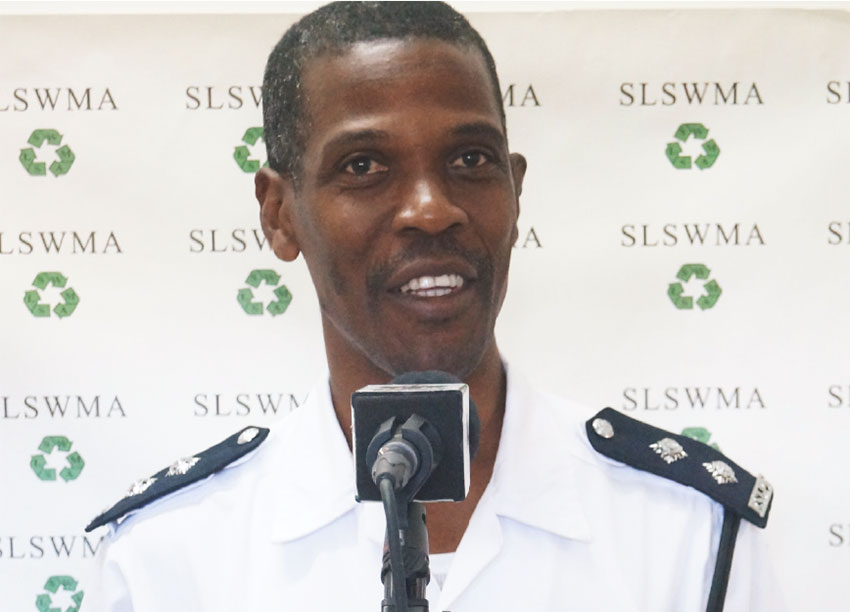 THE SLSWMA on Thursday, September 12, 2019 hosted a small gathering at its Head Office in honour of Acting Inspector Foster Chicot who is presently attached to the Marchand Police Station.

The gathering sought to acknowledge Sergeant Chicot who has been very instrumental in supporting the work of the Authority. Some of his work alongside the Authority includes community mobilization, community cleanup activities, derelict vehicle removal drives and special assistance to waste management officers on duty during challenging situations. The occasional impromptu telephone calls to Inspector Chicot have also served the Authority well in addressing some situations on the ground.

The Authority recognizes that his contribution has significant bearing not only on the clean-up of targeted communities but also influences the attitudes and behaviour of residents and his colleague police officers.

The Authority is extremely grateful to the Acting Inspector for his contribution and dedication to waste management and looks forward to continued support particularly in the area of enforcement.

In a press statement the SLSWMA expressed, “We urge him to continue to influence his peers within the Royal Saint Lucia Police Force to join the movement as the work of each one no matter how trivial it may seem contributes to the overall improvement to waste management in the country.”