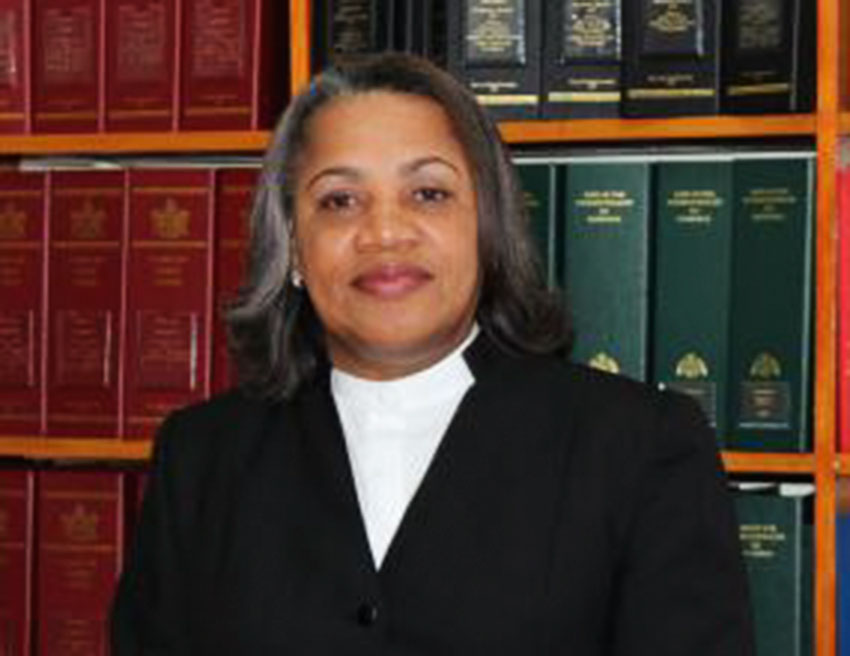 NEW sentencing guidelines for Saint Lucia and other Members of the Eastern Caribbean Supreme Court will come into effect on October 1st, 2019.

The guidelines were introduced for use by the Courts of the Eastern Caribbean by Chief Justice Dame Janice Pereira.

According to Justice Pereira, one of the areas of greatest public interest and comment, sometimes uninformed, is sentencing and over the years, judiciaries across the Commonwealth have established sentencing guidelines to guide their courts in the approach they should take to sentencing.

“In the jurisdiction of the Eastern Caribbean, judges and magistrates are required to give reasons for the sentences they impose. These Sentencing Guidelines are intended to guide them in the process of determining and explaining sentences. They are also intended to achieve consistency of approach, but not uniformity of sentences,” Pereira said.

She added that the sentencing guidelines are not intended to replace the discretion of the individual judge, master or magistrate in determining the appropriate sentence within the applicable range.

“In the case of some offences, the application of the guidelines may alter sentencing practice. In the case of serious drug offences, it is intended to do so. The idea of Sentencing Guidelines for the Eastern Caribbean appeared at the onset to be a daunting task having regard to the disparity of laws relating to offences and the sentences prescribed across our nine Member States and Territories. At all stages a considerable amount of research was necessary. This required time and resources. Nevertheless, it was a worthwhile endeavour,” Pereira said.

The Sentencing Guidelines project was achieved through hard work by a Sentencing Advisory Committee (SAC) established by Pereira in June 2017.

She noted that following in-depth discussions and collaboration, the SAC caused the Draft Guidelines to be published, and invited comments from the judiciary, the magistracy, the public and private Bars, the University of the West Indies, the Social Services Department of the Public Service, Chambers of Commerce and the general public.

“This consultation was quite successful. Several submissions were received. These were given due consideration by the SAC and adjustments were made. The Sentencing Guidelines require judges and magistrates to take specific steps when sentencing. These steps are outlined in Practice Direction 8B No. 2 of 2019. It is intended that the Guidelines be applied in all cases unless to do so would be contrary to the interest of justice. The reasoning process for any sentence must be given as well as any decision not to follow a Guideline. It is expected that judges and magistrates will produce structured and well-reasoned sentencing remarks and that this will become normal practice,” Pereira said.

According to her the publication of those sentencing remarks will be encouraged. This, in turn, will allow the courts, legal practitioners, students of law and the public, to better understand the principles and practice of sentencing.

She said a permanent Sentencing Committee will be established shortly, which will continue the work undertaken by the SAC and prepare sentencing guidelines for other offences. The Committee will also regularly review and update the guidelines in keeping with legislative and three societal changes across the Member States and Territories.

The Chief Justice explained that a considerable amount of work had been undertaken in preparing the Guidelines.

“I am confident that these Sentencing Guidelines will enhance the quality of criminal justice in the Eastern Caribbean States. This is just the beginning. This first set of guidelines will be monitored and reviewed as necessary by the permanent Sentencing Committee. Further guidelines will be published in the future as the Committee continues this important work for the benefit of the people of our region,” Justice Pereira said.