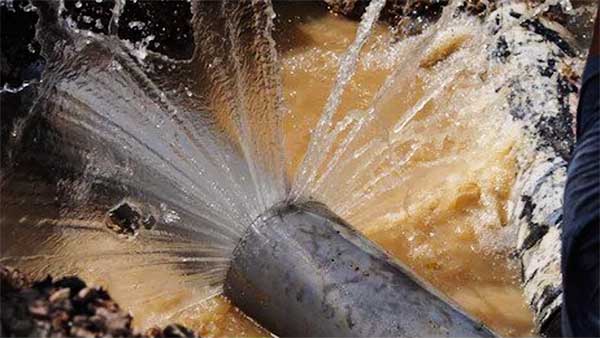 “At the first call for a ruptured pipe, your water sirens should be turned on and I should hear you approaching,  if indeed water is life.”

WASCO, I have a problem, maybe two.

If water is truly life, then WASCO should have some water emergency response unit, a SWAT team in wait for reports of busted pipes. There is some water running down by me for almost a week now and I am not talking about ground water or runoff from the rain showers. I am talking about treated water. Value added. The one that we as tax payers paid millions for in equipment and infrastructure to have installed and maintained. The one that we did not mind paying a 60 percent increase towards.

Luckily for me the pipe ruptured before the meter, same as the present one I am witnessing right now. So I called into WASCO for the umpteenth time to make the report. I told the worker there, that I have been calling for weeks making that report. “It can’t be weeks sir, we just connected that pipe for you.” We are debating the number of days as opposed to dealing with the emergency. She is aware of the reports that I have made before. At the first call, your water sirens should be turned on and I should hear you approaching, if indeed water is life.

They eventually reported to me that my pipe was fixed. Credit to them? There after I met a concerned neighbour who said to me, “I fixed the pipe”. The surprise on my face! He nor myself could understand why WASCO was taking so long to attend to the report.

WASCO, my second issue is with your office operations and bill payment. This is the age of technology; please move with the times. You go to make a payment if you do not have a bill you have to go the receptionist to collect one. A waste of time! The receptionist has to hand write it for goodness sake in the days of laser printers. Then you now have to take the written bill to the cashier to pay. We are in a paperless age. You are telling me that your systems cannot be synchronized in order for your cashiers to bring up my information on the computer and save me some precious time?

Now you all taking too much of my time complaining in this article. Let me go jump in some water. Are you asking for me to drown?