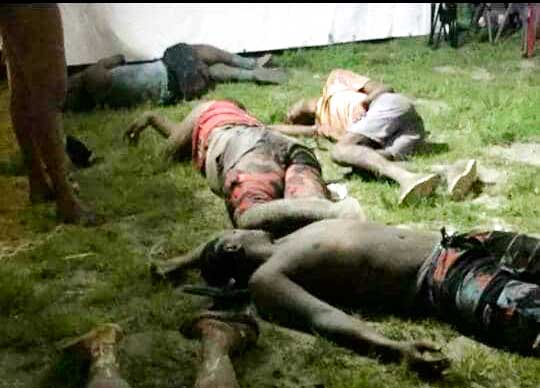 VENTILATION of the aftermath of the ‘Live in Colour’ show last Saturday evening at Pigeon Island has been in-depth.

Reports of fights, lewdness, profanity, drunkenness to the point where young people were literally knocked out due to them consuming too much alcohol, were widely reported via traditional and social media.

Photographs of some of the show’s patrons – most of them young people, lying spread eagle on the ground, on the sand, near vehicles, oblivious to anything happening within their immediate vicinity went viral.

Almost everyone had something to say about what they saw or heard about our young people. Parents, church leaders, government ministers, police, almost everyone with some standing in the society were fingered in the sharing of blame for the horror that manifested itself during and after the show.

One radio commentator suggested that the country would have to take tough measures to prevent something like this from happening again, and in particular, to keep young people from harming themselves in this way.

The National Youth Council (NYC) labelled what transpired as a “major social crisis”.

In the aftermath, there were speculations of whether the young people at the show consuming alcohol were of legal drinking age – meaning over the age of eighteen years.

If in truth persons younger than 18 years were just as freely consuming alcohol without any restraint then we as a nation are in serious trouble.

How can we reverse this? How can we get Saint Lucians, particularly the youth to change their drinking habits? On the other hand, can we say no to promoters wanting to host shows like ‘Live in Colour’ which was really a cooler fete, where one pays an entrance fee and walks in with his own cooler loaded with all types of alcoholic beverages often including concoctions strong enough to get virgin drinkers tipsy with a single sip?

While there is enough blame to go all around with what transpired last weekend at Pigeon Island, two groups of people that surely must bear the brunt of the blame are parents and the young people themselves.

To parents, please listen up: While you will always be the parent, always understand that at some point your little girl or your little boy will reach an age where he or she will want to lean on his or her own counsel rather than on yours. Not that they will completely abandon your counsel – well some will, let’s get that clear – but as they take on more and more of the responsibilities that come with adulthood, you as a parent will have less of an influence on them. That’s just the way it is. Your child will have to bear the brunt of his or her actions as an adult. What will determine the way that they go and lead them to make the correct decisions at events where alcohol is unrestricted are the teachings and training you inculcate while they are growing up.

So yes parents, a large portion of the blame should be placed on your shoulders when young people go wild, drive drunk, and behave in an otherwise reckless manner. Another large portion of the blame falls squarely on the young people themselves. Where is your self-control, your self-respect, your self-worth, your pride, your dignity? Some of you didn’t grow up in that manner; what happened to your upbringing?

Having said all that, let’s not forget we have monsters in our midst; people who will prey on the weaknesses of others. Those monsters go to shows like “Live in Colour’ for one purpose only – to prey on the unsuspecting, the gullible, the naïve, the unwary and the innocent. Young people keep your heads on, and parents, don’t give up on your children, even when they are grown.