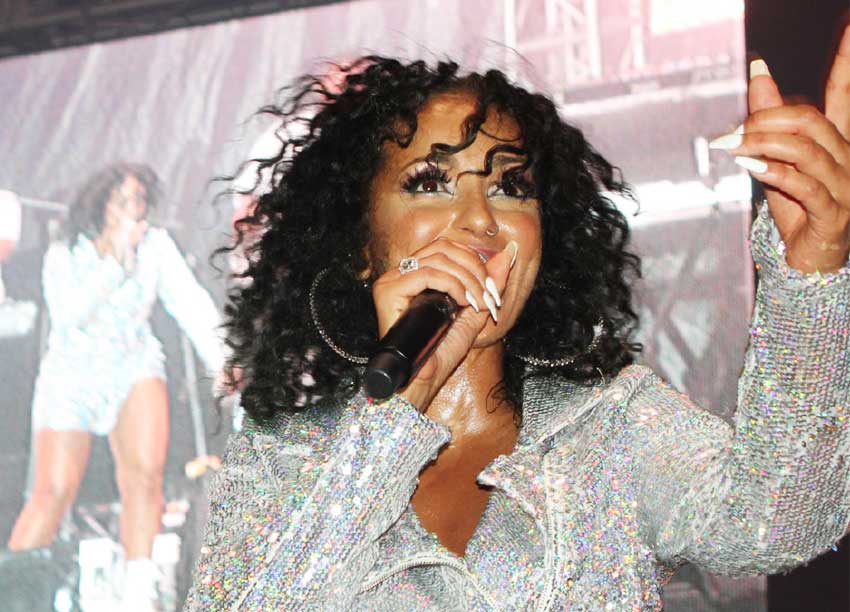 THE Roots & Soul Festival is now one of the most anticipated events on the Soleil calendar, presented by Events Saint Lucia. Every year the event presents a variety of music, including Reggae, Hip Hop, R&B and Afro Punk. This year the festival spanning August 23rd to August 25th started at the Ramp in Rodney Bay, with a poetry session featuring Saint Lucian Curmiah Lisette, Canada-based Asher Small, and Saint Lucian Naomie Grandison, closing off with Trinidadian Rapso band, 3Canal.

Star quality was the undertone at the opening event of the festival. The performers all connected with the audience, and the poetry and their spoken word style performances resonated throughout the air-conditioned makeshift structure on the Ramp. The audience remained engrossed throughout, and the event set the tone of what was in store for the rest of the festival.

Roots & Soul moved to the Pigeon Island National Landmark on Saturday night, and though the event got off to a late start, Skip Monday was on a high as the opening act; one of their memorable songs being an original number that went by the name of ‘Trophy.’ The rest of their set consisted of a mixture of covers and original material, and they managed to keep the attention of the crowd, reminding all that they were in fact witnessing a local band, and not one of international origin.

After that British Pop Superstar Lee John took the stage followed by Nigerian Superstar Timaya, and Reggae legend Tarrus Riley, featuring Estelle. Lee John’s performance was eclectic and lively. The artiste had members of the audience on their feet and dancing, and his surprise inclusion of Rob Zii Taylor on saxophone, and Mongstar, singing the hit song “Saint Lucia We Love”, was well received. Timaya’s music was relatable to many, but some in the audience openly heckled the artiste, accusing him of lip-syncing. The artiste also did not manage to lure any Saint Lucian women to the stage to dance during his set, even though he asked more than once. He seemed to shake that off, as he continued his performance, even fitting in useful life tidbits. Timaya said specifically, “a house is not beautiful if there is no peace”, and that sentiment was well received by the audience.

After a show stopping performance from Tarrus Riley on Saturday night, perhaps the star performer of the entire festival, Roots& Soul 2019 came to a close on Sunday August 25th. Though the show also got off to a late start, the performances and especially the DJ made up for it, including Saint Lucian artiste Sherwinn Dupes Brice who within his presentation told a story of love and heartbreak, with a creative set inclusive of sultry dancers. Saint Lucian-Canadian balladeer Zamani stole the hearts of many with her soothing vocals and interactive performance, while R&B duo Ginuwine and Grammy winning award artiste and actress, Mýa, and UB40 featuring Ali Campbell and Astro all delivered memorable performances. The ladies who were in the audience for sure will not soon forget being showered with roses by Ginuwine just before he left the stage at the end of his set, nor will it soon leave their minds how it felt to be singing along with Mya to hits like ‘Case of the Ex’, ‘Free’, and ‘My Love is Like… Wo!’

The artistes performing at this year’s Roots & Soul all delivered in their own way, bringing authenticity and the love for music to the stage. With some small adjustments moving forward as Roots & Soul continues to grow, hopefully the Events Company can take the festival to even greater heights with more mega performers, and even more genuinely talented mostly undiscovered ones.