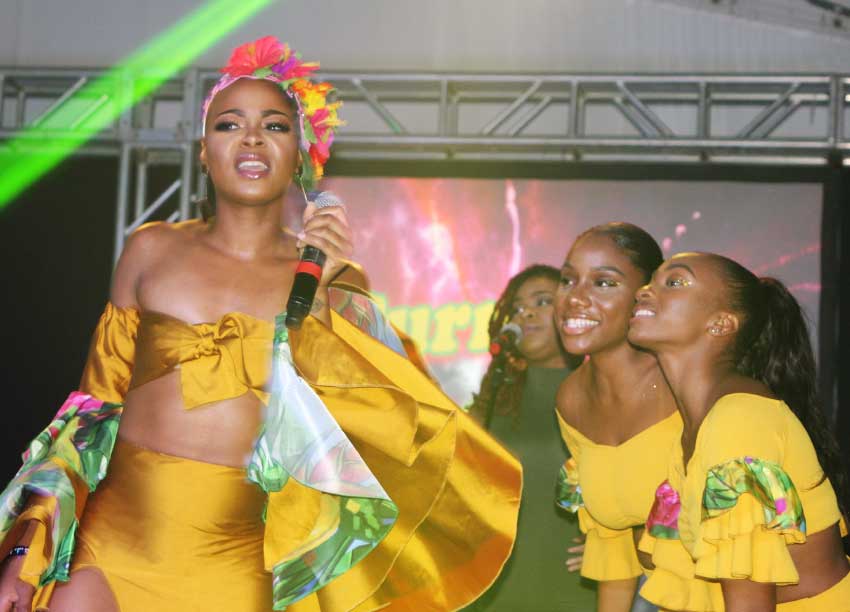 I BELIEVE that the persons pulling the Saint Lucia Roots and Soul strings over the past three years will have to be replaced if the event is to become a household name in the Caribbean or become as well-known as the Saint Lucia Jazz Festival was before it was cancelled.

From my perspective, organizers need to understand what roots music is and what soul music is, what someone who pays more than one hundred dollars to see an entertainer expects from an entertainer, the importance of choosing just the right performer for the type of show expected at particular venues, and the importance of knowing your audience.

I am fully aware that planning shows under the Roots and Soul banner is no easy task. To get the right mix is always a challenge, however once an organizer understands his/her audience, understands what would make that audience tick, and makes that information available to artistes earmarked for the shows, the stage would have been set for something truly spectacular.

Sadly, its appears from my vantage that Events Saint Lucia, organizers of Roots and Soul missed all of the above and thereby placed the third edition of the festival in the same poorly administered bracket as the first and second editions.

Not that the event which started last week Friday on the Ramp in Rodney Bay and ended Sunday night at the Pigeon Island Landmark, did not have its high points, however, overall, it lacked the wow effect, the audience pull and quality/party down type of performances that party-drenched Saint Lucians are all too familiar with.

And speaking about quality performances, the first night of the event had quality. Curmiah Lisette, Asher “Smallz” Small, Naomi Ngozi Grandison and 3Canal all connected with the audience, and that was most apparent. Events Saint Lucia certainly got it right the first night, setting the stage for a truly memorable Roots and Soul event.

Sadly, this was not to be. The Saturday evening line-up spoilt the show, leaving this reporter to question whether Events Saint Lucia, the ones paying the artistes, had a talk with them to explain that shows of this magnitude in Saint Lucia are not opportunities for them to promote themselves because it sure came across that some of the artistes were there to promote themselves and not to party down with Saint Lucians.

Saint Lucians love a party, something Events Saint Lucia knows all too well yet from where I was standing, it appeared that the organizers failed in their efforts to provide that party. The line-up for the Saturday and Sunday shows was in my humble opinion simply disastrous in that the message to entertain and to get the audience moving was lost on persons like Timaya, Lee John, even Tarrus Riley who gave an energetic performance but did not produce the sparkle.

Mya did dazzle as did the local entertainers who graced the stage on Saturday and Sunday. These were the bright spots on an entertainment calendar that just was not spectacular at all.

In fact, it was clear that on Saturday night Tarrus Riley’s name was the draw for that event, so too was that of UB40 for the Sunday night show as the venue really begun filling up as the time drew closer to end of the night when the British group that has been dappling in reggae and pop music was set to take the stage.

Even the performance of the hugely popular UB40 fell flat, lacking that one ingredient that makes shows great as thousands of Saint Lucians can attest to having witnessed 25 years or more of Saint Lucia Jazz.

Clearly Events Saint Lucia seems not to have learned much from the Saint Lucia Jazz Festival at which jazz, roots, soul, soca, calypso, zouk, rhythm and blues and what-have-you were all a part.

Undoubtedly there is a future for the Roots and Soul event if done the right way. Friday night’s opening event proved such a future exists, however the opposite could be true if the organizers don’t take the relevant lessons, and run with them.