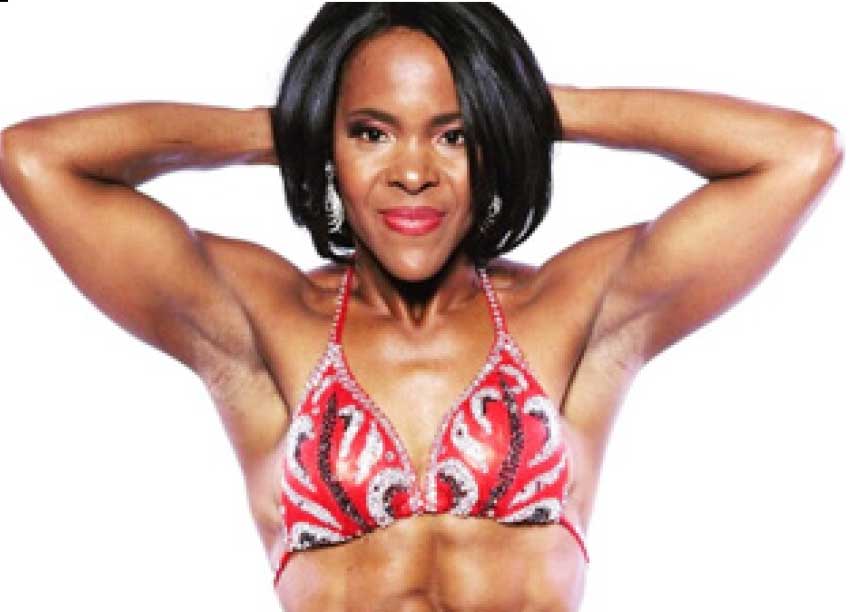 WILL there be a new bodybuilding champion when the Saint Lucia Bodybuilding and Fitness Association stages the 2019 National Bodybuilding Championship? The event gets underway from 7.00 p.m. this evening at the National Cultural Centre (NCC).

A combined 27 male and female athletes will compete in the undertaking which includes the following categories and participants:

The male guest poser for the evening is Elite Pro Raylison Maria from Holland and female, Natasha Samuel-Ploeg, also an Elite Pro Saint Lucian now residing in Canada. The two world class athletes are expected to set the NCC ablaze with their stage presence and chiseled bodies.

Natasha Samuel-Ploeg, has always been interested in bodybuilding. Now a professional bodybuilder, she will participate in another world championship in November in Canada.

“My hope is to compete outside Canada/Saint Lucia,” she says.

She continued, “This evening the audience will see some hard core posing, muscularity and for the ladies, I will be doing a slow dance, allow the muscles relax and playing with the crowd.”

“I feel humbled to have been recognized in a sport that I love so much growing up, seeing the athletes and everyone is excited, and from what I am hearing, more interest is generated, and I am proud to give back to Saint Lucia.”

She had some advice for young women who want to take up the sport: “Just do it. There is a stigma that women should not be too muscular, or do heavy lifting. We have the capacity just as a male does. I go to the gym and I lift as much as they do and it does not affect the way I look. Ladies do it, the changes don’t happen overnight, it takes a few years to see the difference and it depends how you train; you will see all the muscles.”

Raylison Maria who arrived on island on Thursday afternoon spoke to the VOICE for a brief moment urging Saint Lucians not to miss out on Saturday evening.

“It is going to be something very nice, something unexpected, and something Saint Lucia has never seen before,” he said. “The audience will be amazed.”

Maria had a few words of advice for this evening’s participants, “Do it for you, don’t do it for anyone. If this is the sport that you like go all in. Take in your diet, train hard and just go on stage for yourself. People will see you; they will approach you, want to help you and will appreciate you”.

Speaking to the VOICE during the weighing of the various athletes segment at the Saint Lucia Olympic House in La Clery was one of the Judges for this evening’s showpiece, Barbadian born Roger Boyce, Multi-national champion in Barbados and promoter of the Darcy Beckles Classic/ Darcy Beckles Diamond Cup who is here to assist the local federation with the event. Boyce recently achieved his International Judges Certification.

According to Boyce, “This evening the judges will be looking for certain categories and they have a certain criteria. There can be situations where you are too muscular for a particular category, but what we will be looking for is overall physique. There are situations where you find a guy with an outstanding upper body and his legs not up to par, so straight off that throws his symmetry off and that is one of the very important components; you must have the total physique”.

In terms of the Bikini category Boyce said, “You don’t want a person who is too defined, the Bikini body is supposed to be athletic, low body fat, you don’t want that muscular look like a physique contestant; Bikini is shade down from that. You want that nice athletic look but not with too much blocky muscle”.