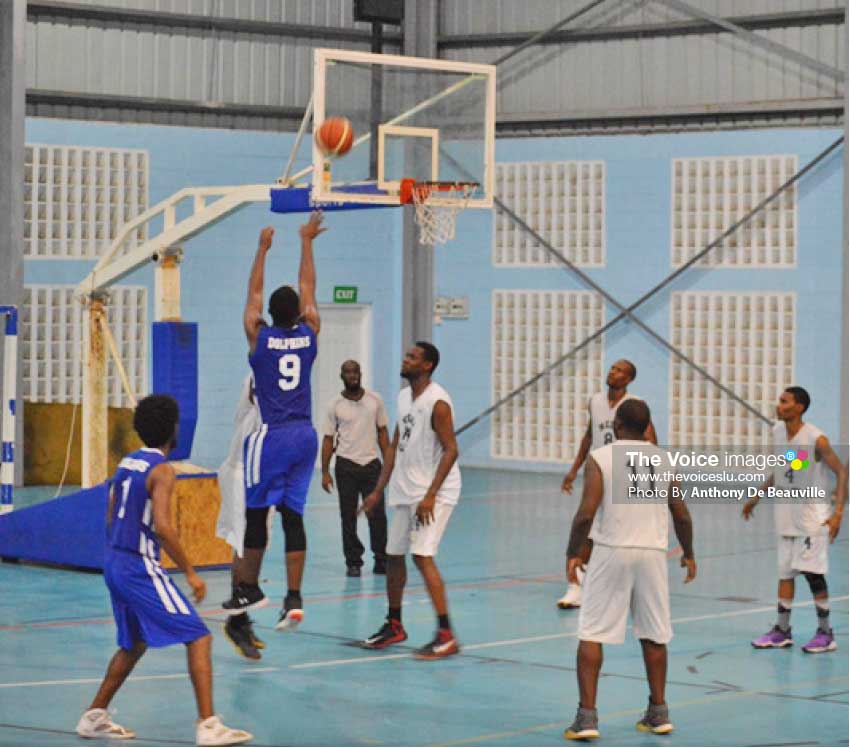 THE Saint Lucia Basketball Federation (SLBF) will stage the final of the National League tonight at the Indoor Practice Facility (IPF) in Beausejour, on the heels of last evening’s two semifinal matches at the same venue.

The VOICE spoke to SLBF Public Relations Officer, Kendall ‘Scady’ Eugene about this year’s tournament and what’s next for the Federation. This was his reply: “This year’s tournament was an eye opener for many. Courts Jets, the defending champions, are not in the final this year, which is a historical achievement for Bonne Terre, Morne Gladiators, BFTF and especially the Windward Islands School team, all of which have a chance to win their first major championship”.

“We have a lot of new teams in the tournament; the Windward Islands team is the youngest team to compete,” he said, adding that the tournament has been a successful one for the Federation. “The level of play has been extremely high, but there is always room for improvement. We can do a lot better with the support the teams receive from members of the public. What I have noticed, unless a certain team is playing we will not have what many consider being a packed house.”

Following this evening’s finals the next big thing for the SLBF is the Commercial League.

“We will have all the commercial houses coming together,” Eugene said. “Teams like PCD, Saint Lucia Fire Service, and Teachers. This tournament brings out the numbers and the excitement both on and off the court.”

On Wednesday evening in a must win situation for both teams, Basketball for the Future defeated Dennery Dolphins 84-43 in the final game of the regular season, confirming the top two spots in Group B.

An encounter that was vital to both teams survival in the competition was approached with a no nonsense attitude by the Basketball for the Future squad who had everyone on the score sheet including top scorer Craig Duplessis with 17 points and Ron Dumerville (14 points, 4 rebounds, 4 steals, 3 assists), the latter working both the offensive and defensive sides of the court from early to give the team an early double digit lead that they never relinquished.

Dennery’s shooting and poor defensive showing played a major part in their dismal performance. The team finished their season with a 1-2 record, good enough to keep them in the third place spot in Group B.