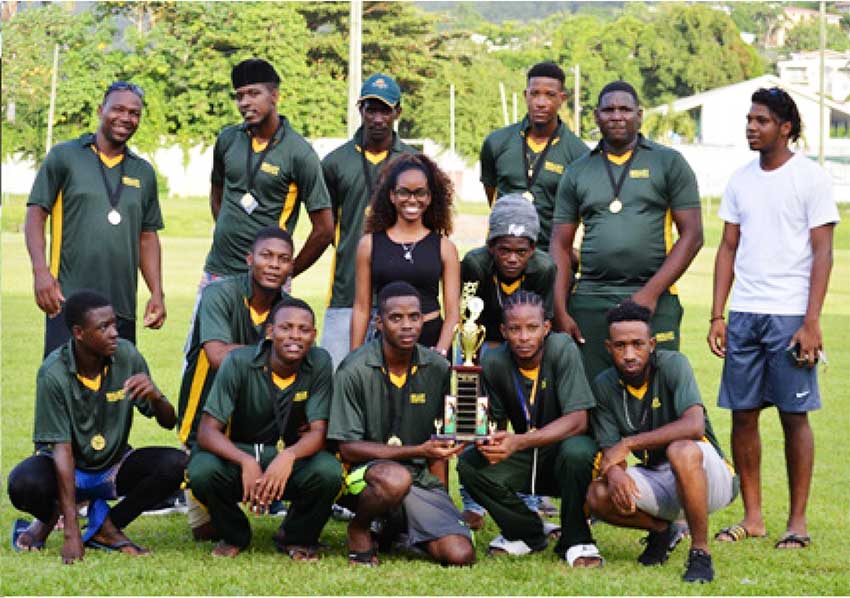 Sent in to bat Bexon was hoping that there would be repeat power hitting innings from their opening batsman Collinus Callendar. That was not to be as Callendar could only muster 19 runs before being caught behind. From that point onward there was a steady fall of wickets as Bexon was dismissed for 114 in 17.5 overs.

Adil Barlow was the main contributor with the bat with 30.

Needing just under 6 runs per over, Millet raced to victory using up just 11.3 overs and losing 2 wickets in the process. Their charge to victory was led by opening batsman Anderson Charles who stroked an aggressive 50 before being runout. There were also useful contributions from Kemrol Charles 30 not out and Kester Charlemagne 22.

The umpires of the tournament – Maria David and Matthew John also received medals and tokens of appreciation.

The winning team Millet and runners up Bexon also received their respective cheques.