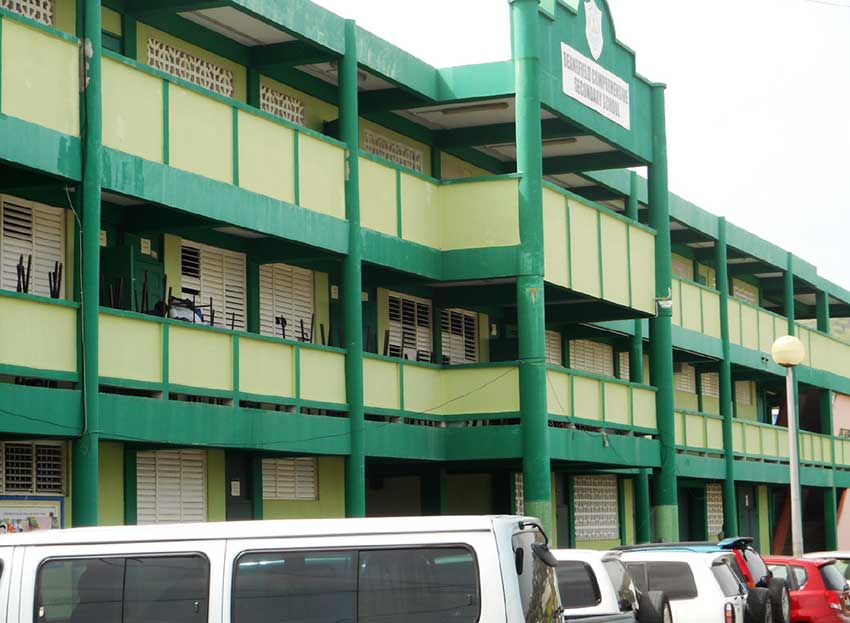 TROPICAL Storm Dorian may have skid past Saint Lucia on Tuesday without causing any significant damage, however it did draw attention to emergency shelters on the island.

The fourth named storm on the list for this year impacted neighbouring Martinique with floods and Saint Vincent and the Grenadines, Dominica and Barbados with strong winds and heavy rains. As of early yesterday morning, it was impacting a storm weary Puerto Rico which has yet to recover from the 2017 Hurricane Maria.

Early Wednesday, Dorian’s maximum sustained winds were 60 mph as it tracked northwest at 13 mph and about 85 miles from Saint Croix in the US Virgin Islands. Tropical-storm-force winds extend outward about 60 miles from the center of the storm and additional strengthening is likely in the coming days as it pulls away from the Caribbean, according to weather reports.

Forecasters predict Dorian’s path will take it over Puerto Rico today before traveling northwestward for an eventual strike on the Florida Peninsula as a hurricane this weekend.

The storm caused airports in the British Virgin Islands to close and forced the authorities in the US Virgin Islands to establish a curfew for the entire territory that started at 12:00p.m. yesterday to 6:00a.m. today.

Although major damages to infrastructure, utilities, homes and businesses were not recorded in Saint Lucia, Dorian’s passage did bring into focus the condition of emergency shelters in the country with Prime Minister Allen Chastanet promising to deal with that issue.

“There is currently a review taking place to examine some of these shelters. Some of them we don’t believe should be called shelters anymore,” Chastanet said.

The Prime Minister stressed the need to have Saint Lucia in a state of preparedness for natural disasters like hurricanes, pointing to an increase in the allocation for desilting to $4.5 million over the last three years as one area of preparedness by his government.

But with hurricanes and storms becoming more intense due to climate change Prime Minister Chastanet believes that more funding is needed to improve the overall infrastructure of the country.

Meanwhile, Police Commissioner Severin Moncherry praised the men and women of the police force who came out to secure the country during the hours of its shutdown from Monday at 6:00p.m. to Tuesday at 10:00a.m. when the ‘All Clear’ was given.

“Leave was not generally cancelled. It was cancelled for the Marine Unit and the SSU. We had a number of officers patrolling right through the night. I must thank and commend the police officers for a great job,” Monchery said Tuesday.

He did however have a problem with the number of persons who defied the directive to stay off the streets, especially in the Gros Islet area.

“A lot of people did not take heed of the warnings given about the shutdown,” Monchery lamented.

Overall though, the police chief was satisfied with how things turned out, and that the island was spared from one of the first storms to come within such close proximity of Saint Lucia for the 2019 hurricane season.