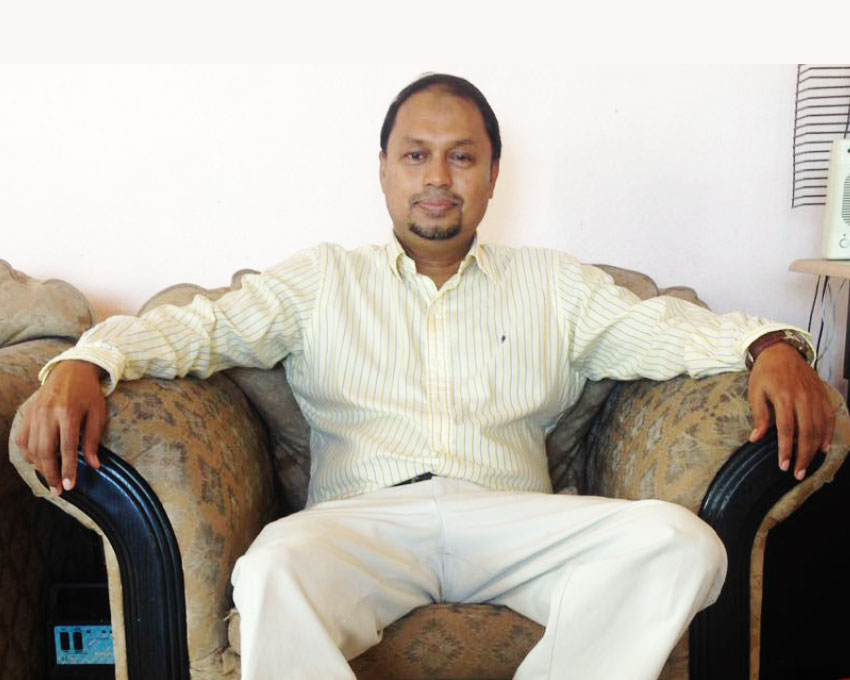 Lambirds Academy CEO, Dr. Iftekhar Shams, has secured a dramatic reduction in the amount of money he was ordered to pay to the state in a civil suit.

Shams and two others, Askwin Patel and Gurjeet Singh Vilkhur, sued the Government of Saint Lucia in February of last year for malicious prosecution and sought special, aggravated and exemplary damages.

Justice Kimberly Cenac-Phulgence heard the case and ruled on an application for security for costs to be given by Shams and the two other men.

In deciding that the state was entitled to security for costs from Shams, Justice Cenac-Phulgence arrived at US$315,989.80 as the amount he should pay to the state (full story in here).

However, things have changed and as a result Shams now has been ordered to pay $7,500 as security for costs, down from the whopping US$315,989.80 that he was first ordered to pay.

How did this all happen?

Justice Cenac-Phulgence noted that the grounds for Shams’ application for variation were that there was a material change in the nature of the claim since the order was made which merits variation of the order. Shams filed a notice of withdrawal of the claim for special damages and therefore it was required that the amount payable for security for costs in the circumstances be varied to reflect the unspecified sum claimed as general damages.

Shams argued that the court has a residual discretion to vary an order made for security for costs based on the Court of Appeal case of Kristjansson Versus R. Verney and Co Ltd. and anor (1988) Lexis Citation 2041.

By withdrawing his claim for special damages, to which Shams is entitled to according to the judge, he changed the nature of his claim to the extent that the quantum of damages he could be made to pay also underwent a change. The judge noted that prescribed costs must now be calculated on the current value of the claim which is an unspecified sum and therefore deemed by the CPR to be the value of $50,000.

“Given that the purpose of security for costs is to ensure that a successful defendant will have a fund within the jurisdiction from which he could obtain his costs and not to penalize a claimant (Shams), the order ought to be varied,” Justice Cenac-Phulgence said.

Regarding costs associated with this new application by Shams, Justice Cenac-Phulgence noted that the general rule is that costs follow the event with no reason to depart from this as Shams was perfectly in his right to reassess and withdraw any part of his claim.

The state objected to Shams’ latest application on several grounds, one of them being that the withdrawal of the special damages claim being made after the decision of the judge, in that case Justice Cenac-Phulgence, on the application for security of costs was not a matter which the court could now rely to set aside.

The court accepted that there was no rule preventing a claimant, in this case Shams, from withdrawing a part of his claim or any relief sought at any time.