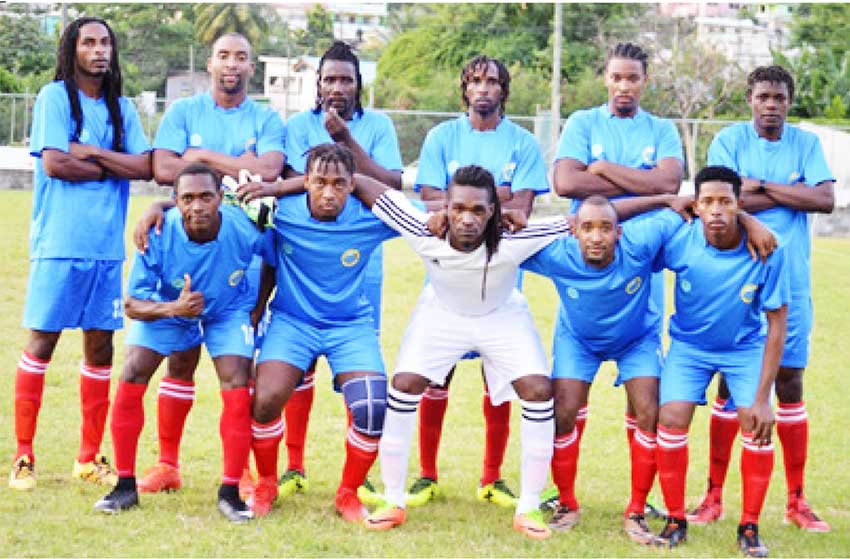 FOUR matches are on the cards this weekend when football action resumes in the Saint Lucia Football Association (SLFA) Inc. sponsored National Lotteries Island Cup into the sixth week of competition at the Fond Assau Playing Field (FAPF).

Today from 6.00 p.m. in a Group A encounter, Canaries comes up against Laborie and home team Babonneau plays La Clery at 8.00 p.m.

Tomorrow at the same venue, from 6.00 p.m. Vieux Fort South plays Micoud and Gros Islet takes on Desruisseaux at 8.00 p.m.

Meanwhile, on Wednesday 21st in the first of a double header played at the Marchand Grounds, Gros Islet overcame a two goal deficit to draw their encounter with Micoud 2 – 2.

Micoud had enjoyed a 2 – 0 cushion at the end of the first half with goals from Raii Gaspard in the 14th minute and Shane Paul in the 20th minute.

However, Gros Islet stormed back in the second half and were rewarded with two penalties in the 68th and 78th minute of play which were successfully converted by Tev Lawrence.

In the second match played on the night Marchand edged out Mabouya Valley 1 – 0, with a goal by Jani Lesmond in the 68th minute.

At the Fond Assau Playing Field, Laborie turned up 46 minutes late for their encounter against Roseau Valley presenting the referee with no alternative but to call off the game.

Following the completion of the fifth round of competition the point standings are as follows: