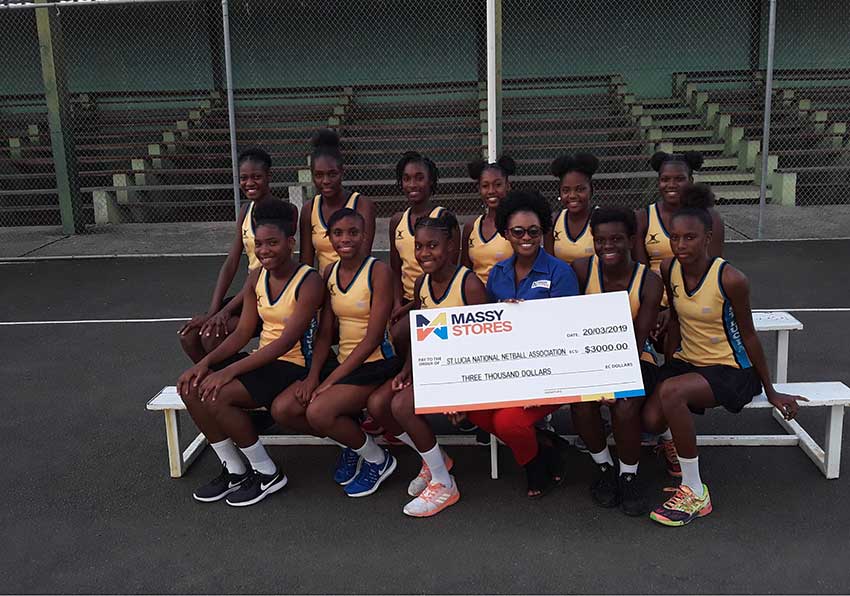 The St. Lucia National Netball Under 16 Team leave the island on Wednesday, March 27th to participate in the 2019 Jean Pierre Caribbean Youth Netball Tournament (JPCYNT) in Antigua. The team has been training consistently from the beginning of the year, with a number of weekend camps organized to fine-tune readiness and build cohesiveness.

Massy Stores Marketing Supervisor Kittel Raphael-Dubois caught up with the team during a practice session. As she presented a cheque of three thousand (EC $3000) to their Manager, Mrs. Raphael-Dubois encouraged the 22 young ladies to give of their best while in Antigua and assured them that the 1200 employees of Massy Stores (SLU) would be rooting for them to bring home the championship trophy.

The Under 16 Netball games begin on Thursday, March 28th and end on April 7th, 2019. St. Lucia has been participating in this tournament since 1999.