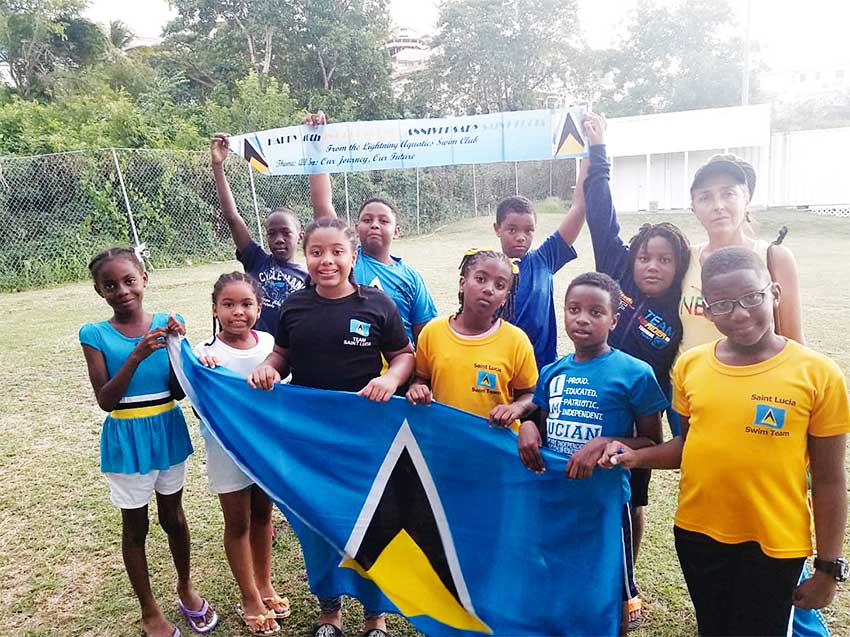 THE presentation of the Club of the Year Award to the Lightning Aquatics (L.A.) Swim Club at the recently held Saint Lucia Amateur Swimming Association (SLASA) awards was undoubtedly a foreshadowing of what was to come at the National Sports Award held on February 16, 2019 at the Royalton Hotel. The relatively small club copped not only the prestigious Club of the Year Award but one of its coaches, Peter James walked away with Coach of the Year Award for swimming.

A proud and elated Coach Peter said, “Both these awards couldn’t have been possible without the swimmers, so these awards go out to the children because without their performance I wouldn’t have been recognised. I don’t do it for the recognition or awards, I do this solely for the swimmers, just to see them swim faster times, improve upon their techniques, qualify for teams they probably thought they couldn’t have qualified for. Being a former swimmer, I love to see the joy of children striving to achieve what I attained and more. My advice to them is to continue swimming, continue trying hard and dreaming big, because no dream is too big. The sky is the limit, don’t think that the Olympic Games are unreachable, just swim hard, train hard and have a positive attitude and as your coach I will do my utmost best and we’ll get to wherever that dream of yours is!”

This is L.A.’s 4th year (2014, 2015, 2017 and 2018) receiving the Club of the Year title at the National Sports Awards. According to L.A.’s President, Mrs. Tessa Charles-Louis, “L.A. is proud yet extremely humbled to receive this prestigious award yet again. We pride ourselves in providing opportunities for growth for our swimmers inside and outside of the pool. We look at the holistic development of our members as we provide opportunities to give back to the less fortunate. We also organise talks geared at helping our members to acquire the necessary skills to thrive in their daily lives and their chosen sport.” L.A.’s most recent talk on ‘Concentration and Focus: Learning from Losses’ was facilitated by Sports Psychologist, Mr. Robert Huggins on February 16th. This session was open to all swim clubs and gave swimmers and parents in attendance useful tips on how to be resilient when they encounter losses. Mr. Huggins emphasised that, “Losing is a part of the process towards success and while you may work hard to win and you have a strong desire to win, if you don’t succeed you should ensure that you learn from the experience.”

L.A. congratulates others from the swimming fraternity who received awards at the National Sports Awards as well as the SLASA Awards. For more information about how to join or support the club please visit ‘Lightning Aquatics Swim Club’ on Facebook.