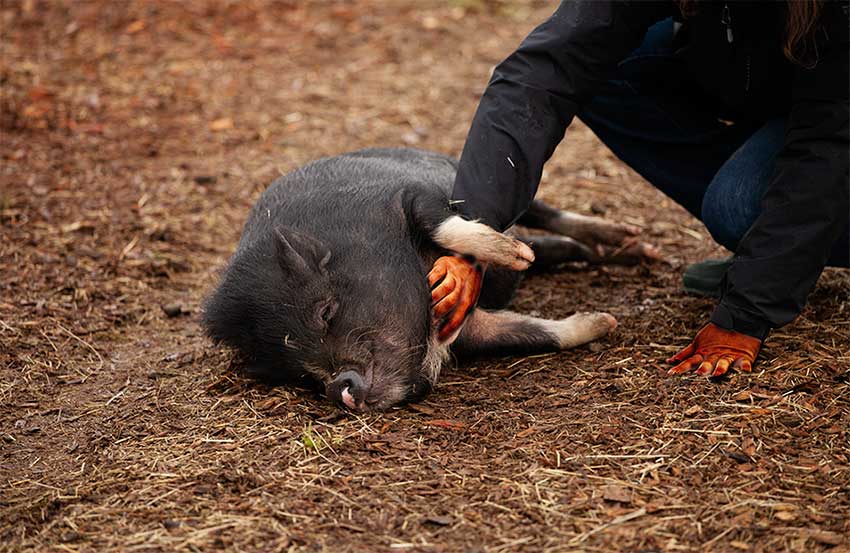 Local Pork set to Disappear from the Market

Frozen pork importers and distributing agents have employed a pricing structure designed to force local pig farmers out of the market.

The Cooperative Choice Group (CCG) is calling on the relevant authorities to investigate the legality, ethics and fairness of applying wholesale pricing on imported frozen pork products vis-à-vis the pricing of locally produced pork.

The CCG, a local livestock and crops farmers’ cooperative, discovered during a test launch of its Fresh Meat Sales Drive that importers and distributors of frozen pork products buy fresh pork from local pig farmers at a wholesale price of $6 per pound and sell it at cost to retail outlets – effectively the same $6 wholesale purchase price.

In 2017 Saint Lucia ranked 112 among the world’s top importer countries. Its annual import bill for pork amounted to US$2.3 million. In order to ensure the survival of the local pork industry, the Ministry of Agriculture, Fisheries, Physical Planning, Natural Resources and Planning has adopted a policy that requires the total supplies of pork importers to consist of 40 per cent local purchases.

Notwithstanding the Ministry’s 40 per cent local purchases policy, the survival of Saint Lucia’s pork industry remains under threat. The situation is further exacerbated by a pricing structure that undermines local pig farmers and the viability of their business, as well as their livelihoods, and risks ultimately forcing them out of the market.

The practice of buying locally produced pork at $6 per pound and selling them at the same price of $6 is not only tantamount to price fixing, but it is also disingenuous, anticompetitive and predatory and may even be illegal. It allows local pork to be sold at a loss while at the same time enabling the sellers and distributors of imported pork to sell their products at a profit. According to Mr. Richard Edwin, President of the Cooperative Choice Group, using the old business cliché, “This amounts to ‘giving away the razor and selling the blade.’

CCG remains committed to working with Saint Lucia’s livestock farmers to develop a pricing structure that takes into consideration their overhead costs, including feed, labour, medications, shelter and water, among others.

Meanwhile, the CCG continues to seek advice and guidance from the authorities.