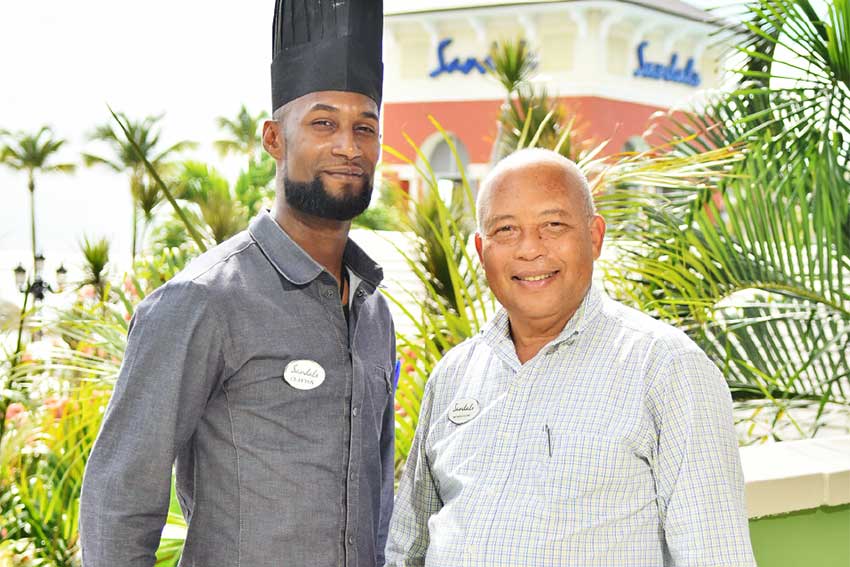 CLAYTON Julien grew up on his grandparent’s farm in Mahaut/Micoud, and as a child his only thought of food was that it was for nutrition, and that girls were supposed to do all the cooking.

Fast forward several years and Clayton Julien is not only a member of the official Saint Lucia National Culinary Team 2019, he has also won the Chef of the Year Award.

The Sandals Regency La Toc Chef is now getting set to represent Saint Lucia in June, at the prestigious Taste of the Caribbean competition which takes place every year in Miami.

Far from the zenith of his career, Chef Clayton demonstrates a hunger for advancement and personal growth that has taken him across the world to the Maldives where he has served, with African and Latin influences as Chef de Cuisine, and then back home to the Caribbean as a private chef consultant where he catered to billionaire clientele, Saudi Arabian princes, British royalty and high government officials on the island of Canouan, Saint Vincent & The Grenadines.

He started his career path with Sandals Resorts in 2009 when he joined Sandals Grande Saint Lucia Spa and Beach Resort as a Chef Tournant. While not one for the spotlight, Chef Clayton has set his mind on inspiring the next generation of chefs. In fact he was just 15 when he got his first spark.

“I thought it was for girls, but the fact that I got to express myself through a different avenue really excited me.”

Clayton ended up in the restaurant business working under what he describes as “some hard brass European chefs”. By the age of 21 he had made it to the top of the culinary ladder as a sous chef, and was running an Italian restaurant.

In 2012 and at the age of 23, Clayton’s career went global as he set sail in the cruise industry as the youngest Chef de Parties on Disney cruise lines, where he worked with over ninety-one nationalities preparing international cuisine. In early 2015, he moved to Belgium and after a six-month period in one and two Michelin star restaurants, he returned to the Caribbean.

“In 2015 my daughter was born in Saint Lucia, and she keeps me grounded here.”

Now Clayton is a successful Chef at the prestigious French La Toc Restaurant at Sandals Regency La Toc Golf Resort and Spa, and even after all his experiences, he still aspires for more. “I am always hungry to learn. I like to push myself beyond my current boundaries. I am also trying not to stagnate. I am happy that I have earned my spot on the Saint Lucia culinary team to represent Saint Lucia in June. This is where we will really bring it, as we face off against representatives from other Caribbean islands at the competition in Miami. I am looking forward to this, especially because this is proof that Sandals has the best chefs on the island.”

To the aspiring chefs out there he advises, “Don’t give up on your dreams or goals. Don’t let people change you. If you have a vision, go for it, regardless of circumstance.”