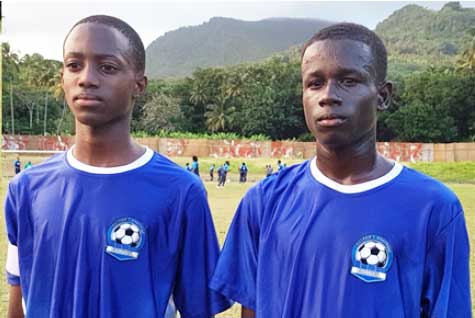 This is one of many international friendlies for the Saint Lucia national Under-15 football team as they prepare for the 7th edition of the CONCACAF Under-15 Tournament to be staged in Miami, Florida in August.

By all accounts, the Saint Lucia Football Association continues to make a huge investment into this team as they showed good promise on the pitch during their last international tour in the Dominican Republic last year.

During last year’s campaign, Saint Lucia’s Under-14 boys topped their group as they played undefeated in the Caribbean Federation Union’s (CFU) inaugural Under- 14 Tournament and in the process scored a whopping 14 goals.

According to the SLFA, this current squad is still in the developmental stages as Saint Lucia sets sights on the 2026 men’s World Cup which will be held in the United States of America, Mexico and Canada (CONCACAF Region).

For the 90 minutes on the pitch, the 22 man squad will be under the watchful eyes of Albert St. Croix – Head Coach, Victorin Laurence – Assistant Coach, Adolphus Henry – Manager and Keiber Codrington – Physiotherapist.

Meanwhile, SLFA President, Lyndon Cooper told the Voice, “Our expectation is to do well. The team is well prepared as we continue to work with the players both mentally and physically.”

The SLFA President invited members of the public to come and support the National Under-15s against one of the region’s power houses.