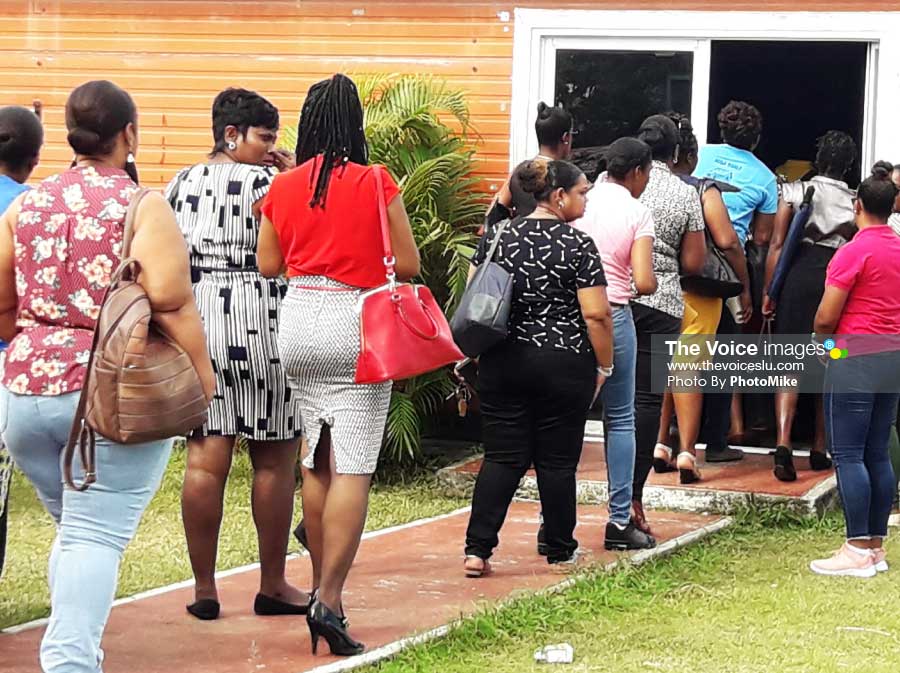 Today is the day that could determine whether developmental packages government stated were on stream to roll out this year will stay on schedule – it is the day public sector trade unions gave government to jump-start stalled negotiations over the 2016 -2019 Collective Agreement, which ends this month.

Government over the past two days received a taste of what could happen to their plans when some areas of the public service experienced staff shortages on account of employees calling in sick.

Schools across the island were most affected by this as many of them had to send students home due to the lack of teachers. Some schools were still affected yesterday as well.

Ample warning signs that trade unions and the government would be heading toward a showdown were given Monday of this week when the Civil Service Association and the Saint Lucia Teachers Union held separate membership meetings with both bodies demanding a meeting with the government negotiating team for today.

The Fire Service Association also got into the act when on Tuesday a letter from the Association was delivered to the Public Service Permanent Secretary, Peggy-Ann Soudatte indicating the start of industrial action and its continuance should the government team decide not to return to the negotiating table today.

While the three trade unions will primarily be aiming for discussions to focus on salaries and conditions of work, the Fire Service Association will be going a bit further. The Association wants government to deal with issues affecting members that are decades old, one such issue being low morale, another being promotions.

The Fire Service Association appears to be more forceful in demanding a resolution to the problems affecting them indicating in a letter to Soudatte that only when their demands are agreed upon and a commitment made to address these demands will its members resume their duties.

The VOICE has also learned that unrest is rippling among employees of the Customs and Excise Department as well.

Meanwhile the Civil Service Association, in a letter to Shiela Imbert, Secretary to the government negotiating team stated that its membership had rejected the lump sum payment that was offered to its members, requesting that the government team provide a response for the recommencement for terms and conditions no later than today.

“It is our view that negotiations should resume without further delay during the week beginning March 18, 2019,” wrote the CSA’s General Secretary Claude Paul to Imbert Monday.

The CSA claimed that its last meeting with the government team was held in August 2018 and that the team unilaterally suspended the negotiation process.

“Failure to respond within the deadline and provide a date as requested will cause the union to consider alternative means of resolving this impasse,” the letter to Imbert concluded.

Meanwhile Senior Communications Officer in the Prime Minister’s Office, Nicole Mc Donald explained that so far, the public service has been able to weather the situation that had developed in schools and other public service departments over the past couple days.

She said that the government places emphasis on the education sector and pointed to the allocation made in the 2018/2019 budget for the rehabilitation of schools. She also said that in the new budget cycle allocations will be made to further improve working conditions in schools.