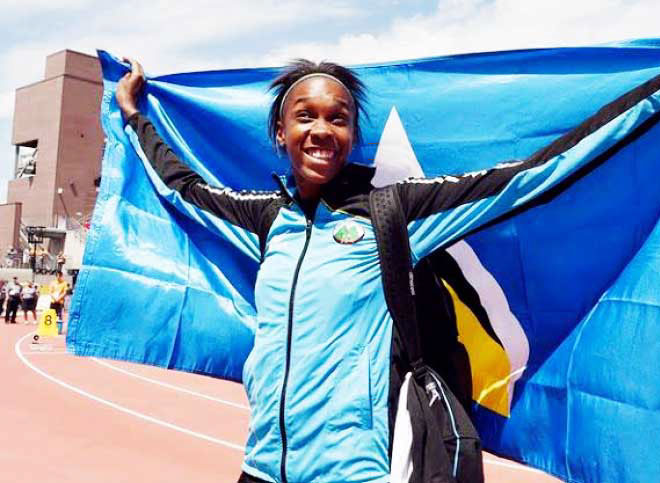 WITH Saint Lucia’s 40th Anniversary of Independence celebration in full swing, you may have heard by now a proposal for the renaming of the Serenity Park located in Sans Souci to the Sir George Mallet Serenity.

Before I continue, my question is, why should any of these public works project, be it parks, schools, government office blocks, stadium/playing fields and bridges – the latter I guess in the not too distance future – be named after a politician?

The news is out that former Parliamentary Representative in years gone for Castries Central and Minister for Trade, Industry, Agriculture, Tourism, Foreign Affair and Home Affairs, certainly a tall order in terms of ministry portfolios, Sir William George Mallet will be added to the list of politicians whose names will be etched to a public facility in Saint Lucia.

In his later years, Sir Mallet served as Deputy Prime Minister alongside Sir John Compton, after retiring from active politics in 1996; he served as Governor-General between June 1st 1996 and August 31st 1997. He passed away in October 2010.

Serenity Park, at one time, was affectionately known as the Lions Park and was in a deplorable condition for a very longtime before its transformation. The brain child of Deputy Town Clerk, Vaughn Louis Fernand, who came up with the concept of re-developing the park and his son Alden Louis Fernand (architect) who came up with various drawings. Former parliamentary representative for Central Castries and minister at the time Richard Frederick was blown away with the final drawings and immediately decided to go ahead with building the park.

Upon completion it was Commissioned by the Government of Saint Lucia, Prime Minister at the time Stephenson King; opened on May 15th 2011 by Frederick.

The question keeps coming up, has these politicians contributed to nation-building? Yes. But, so have many others. Fair Helen may lack quality leaders but one thing for certain it doesn’t lack in is men/women of ability, authors, sportsmen and sportswomen, social workers, extraordinary citizens, educationists and the list goes on. So, why don’t we see their names being highlighted?

I am not bias here, I am just asking questions. Why should we only remember the contributions of a handful of politicians?

In any case some may agree and disagree, that’s democracy. Sportlight think it is time to end the practice of naming public spaces (Parks), awards, roads, bridges, airports, stadiums, etc. after politicians?

Don’t get me wrong, I’m not saying politicians are not worthy of being honored, however they should not have public projects named after them just for getting something done that was in their job description, which is to serve the people.

Can you imagine as a politician you serve two consecutive terms in office and you automatically get a pension for life.

Now on the lighter side of things; compare the above mentioned individual to Levern Spencer who for 20 unbroken years (four terms for a politician) served this country of ours with distinction, honor, pride, consistency, discipline. Today when you look at it you hear those in authority, those who can make a change for a better way of life for this “Queen of the Americas” to reap the rewards, you hear them saying, “this country owes you a debt”, you sometimes just have to shake your head and leave it to God as this is once again an unfulfilled statement.

How many of us ever take time out to see how politicians destroy our country and later down the road you hear them call for unity, fasting and nation building, let’s make Saint Lucia a better place. But the genuine ones never seem to be recognized.

Twenty long years, Spencer has toiled, she remains faithful to country and her craft, never for once has she decided to change her mind and switch citizenship to either represent the USA or a European country, like some others do. Her list is pretty short though; she was awarded Medal of Merit (Gold) in 2015, was fortunate enough to get a piece of the rock in Marigot somewhere between 2010 -2011, the same time with Daren Sammy, for winning sportswoman of the Year, a handshake saying well done Levern, great job, a token of appreciation of EC$10,000.00 from the Saint Lucia Olympic Committee after winning the Commonwealth Games Gold Medal in Australia, a road named after her in the community of Babonneau.

Saint Lucia needs to be true and real to this lady, her retirement from the sport is not too far from coming, and what’s after High Jump. What next, a retirement package for her so she can live comfortable?

Remember what I said earlier, two consecutive terms for a politician in office vis-s vis 20 unbroken years serving your country. Think about it Saint Lucia. She has represented us, at least half 40/20 of the years since Independence. She has been to three Olympics Games, hailed Queen of the Organization of Eastern Caribbean Sates, and Queen of the Americas, she has promoted/marketed Saint Lucia free of charge because of her competing on the World stage, more than the Saint Lucia Tourism Authority. What more can we ask of her? We are still treating her as nobody. Some may not agree with me but Spencer’s life story has yet to hit home.