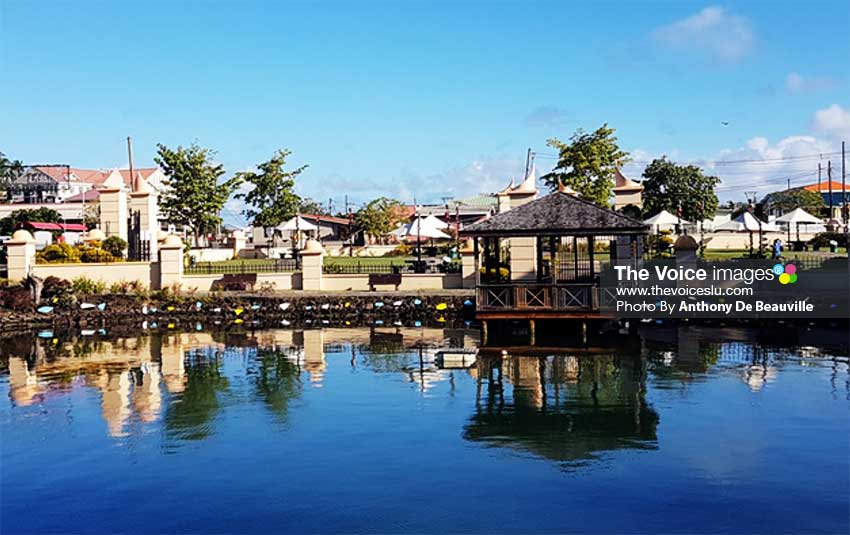 SERENITY Park has been renamed the Sir George William Mallet Serenity Park. The renaming, which took place Wednesday, saw the unveiling of the plaque with the new name at the facility.

Mayor Peterson Francis said the Government felt that it was important to also keep the word ‘Serenity’ in the new name.

“Honour is not the exclusive property of anyone or of any political party. I would like to believe that Sir George William Mallet and many others who have travelled this road and canvassed this area, contributed to that change and established a truly democratic state. They struggled to create a society where people are valued according to their contribution to the development of our country rather than their ideological persuasion, race, creed or gender,” Francis said.

“It means that we keep alive the memories that shaped our history and honor the names and the legacies of the men and women who made the supreme sacrifice in a struggle to ensure a democratic, united, non-racial, and non-sexist Saint Lucia”, said Mayor Francis. 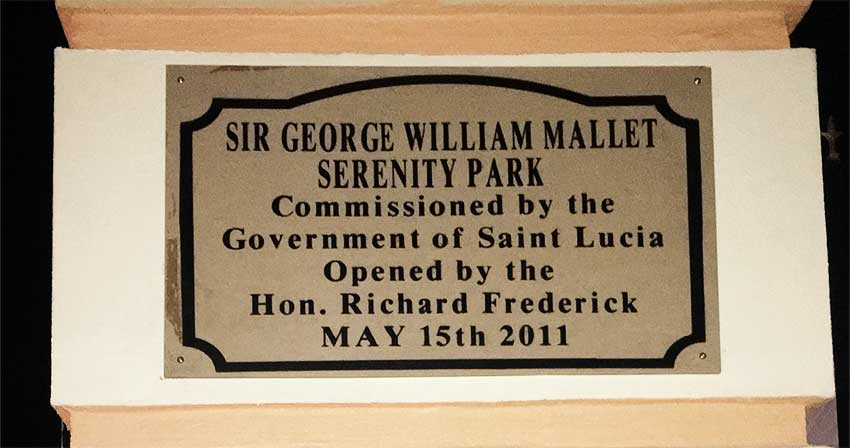 Mr. Hollis Bristol shared a personal perspective on the late Sir George William Mallet, while the daughter of the late Sir George, Miss Juliet Mallet-Phillip, expressed her family’s gratitude for the honour bestowed on her father.

The plaque bearing the new name for the park located at Sans Souci, was unveiled thereafter by the Acting Prime Minister Hon. Guy Joseph, Mayor Peterson Francis, Castries Central MP Hon. Sarah Flood-Beaubrun, Verlina Joseph from the R.C Boys Infant School who submitted the winning entry in the contest that gave the park its original name, and Miss Juliet Mallet-Phillip.