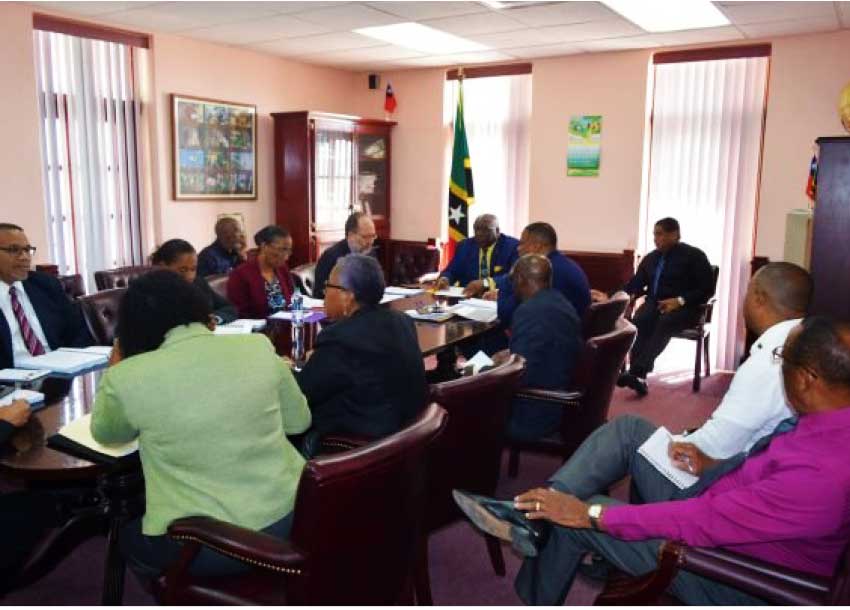 PRIME Minister Honourable Allen Chastanet arrived in Basseterre, St. Kitts and Nevis, yesterday to attend the 30th Inter-sessional Meeting of the Conference of Heads of Government of the Caribbean Community.

The Thirtieth Inter-sessional Meeting of the Conference, held at the St. Kitts Marriott Resort and Royal Beach Casino from 26-27th February, was be preceded by the Tenth Special Meeting of the Community Council of Ministers Monday afternoon at 4:00p.m.

The Heads of Government of the CARICOM were expected to focus heavily on transportation and regional integration. Prime Minister Chastanet was also expected to join discussions on the EU list of non-cooperative tax jurisdictions.

CARICOM’s special guest was President of The Republic of Estonia, Her Excellency Madam Kersti Kaljulaid. New Zealand’s Plenipotentiary Representative to CARICOM, His Excellency Mr. Anton Ojala, and the Australian High Commissioner, His Excellency John Pilbeam, were also expected to be in attendance.

Approximately 140 participants will attend the high-level conference deliberations comprising heads of government of all CARICOM member states, associate members and their delegations.