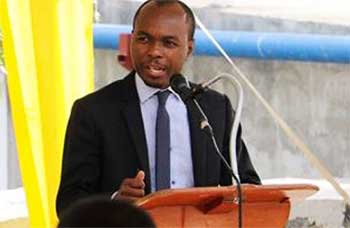 UNDER the patronage of Hon. Dominic Fedee, the Parliamentary Representative for Anse La Raye and Canaries, the Saint Lucia Social Development Fund (SSDF), and the Canaries-UK Association are undertaking a number of fundraising initiatives to procure an ambulance for the west coast village.

Community, held at the Royalton Beach Resort and Spa on Jan. 27.

Andre Lansiquot, the Immediate Past President of the Canaries Village Council, and Head of the fundraising committee, said the support has been overwhelming.

“We originally planned on having an activity catering for about 250 people, but because of the level of interest and support that we received, we had to increase it to 300. We are indeed grateful for the corporate partners and the individuals who have come forward and showed us that they are willing to assist Canaries in its quest to restore its ambulance service.”

The community, which was previously serviced by an ambulance, has been without such services over the last four years.

Parliamentary Representative for Anse la Raye and Canaries, Hon Dominic Fedee, expressed his gratitude to the Ministry of Health.

“I want to thank the Ministry of Health for ensuring that they are the ones who are paying for the driver of the facility, paying for the staff, and the insurance as well. All of the maintenance costs will be the responsibility of the Government of Saint Lucia. So this is a good partnership between government and the people of Canaries, and as the parliamentary representative I am extremely gratified.”

He continued: “We also have the Canaries-UK Association that has agreed to host a fundraiser to aid the village’s efforts so that we could meet the fundraising goal.”

Minister Fedee also expressed his appreciation to the village council members for their contribution toward making the initiative a success. (GIS)